Start with 2.5mm twin and earth you need about 1m for every element and reflector... so in my case 15 meters. I then cut into 14 x 1m lengths and one a bit longer about 1.1m

Strip out the three conductors.

Save the earth one, but not using it this time. 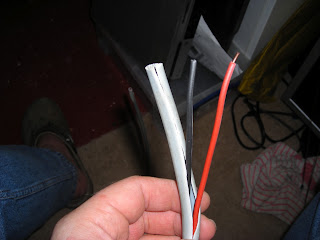 Take one of the wires and put a bend on one end. 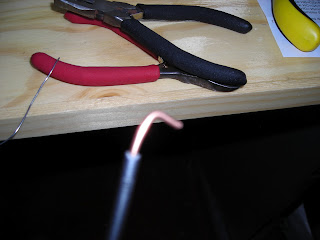 Put the other into a drill (don't strip the insulation off) 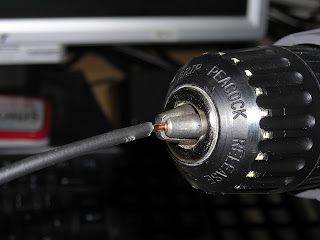 Gripping the bent end, holding the wire straight (don't pull it!) trun in the drill, the wire will toughen up and straighten. I turned the drill until the bit in the chuck broke off. 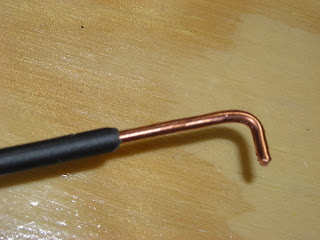 Pull off the insulation, you an sort of see the wire has turned and gone from soft to hard drawn. 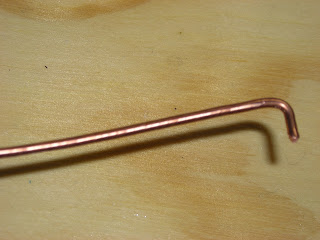 Then attach a 6mm ring crimp to one end. 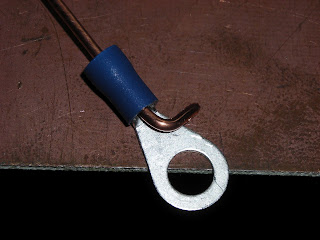 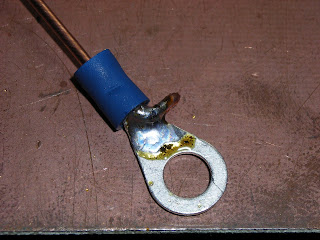 Tidy up the end. 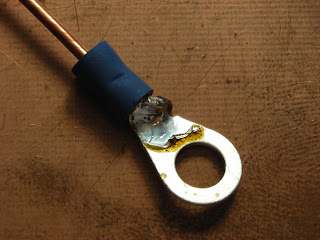 The other end, slip a crimp on the wire and against a rule measure the length the element needs to me (to outside of the ring clamp) 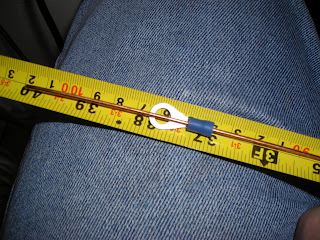 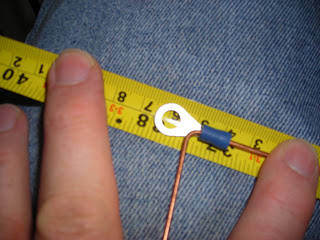 Solder it in place 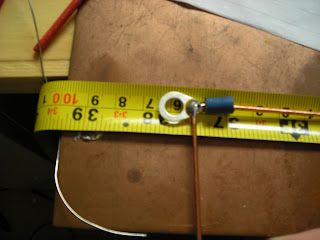 You do not have to bend and can solder straight too. Not I use a G clamp to hold the wire against the rule (cheap £1 thing from Maplins) 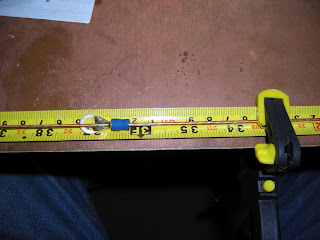 I'll add more details as photos available but the driven is a folded dipole. I made three different ones, one is from flat 300ohm, one from 300ohm ladder, one from metal ruler (the one I was measuring with!)

The rings are so that you can suspend the elements in a line beneath a pole. The directional part is pretty crude, you 'point' the yagi. In my case in 6W and C5 this will be where the moon rise is expected.

Anyway all up weight is about 2kg.

I'll modify and onsite play if I need to change anything. Photos will be added too, with the moon in shot!