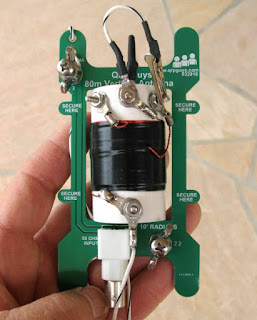 It is going to basically be a centre loaded GP on 80m.

The last contest on 80m was from C6 and from there I had two full sized phased 80m verticals. Wanted to work loads of G stations, this time I'm 4000 miles closer so this should do fine :-)

Of course I know from St Agnes looking West I have nothing but salt water path to NA.

Propagation might be metaphorically in the toilet but I suspect a contest will test that hypothesis.

Anyway as the build goes on I will add to this post. As per the 40m-10m UnUn there are no antenna wires, I'll add this a bit later as that will need me to get the poles out etc.

All the parts laid out before start. 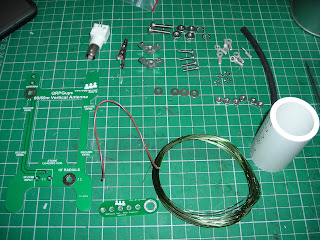 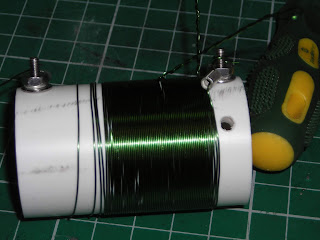 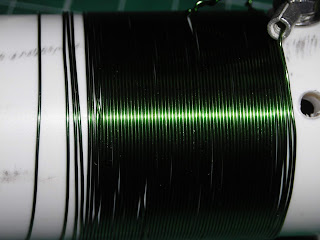 Not got any more photos from the build.. 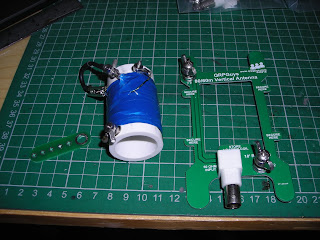 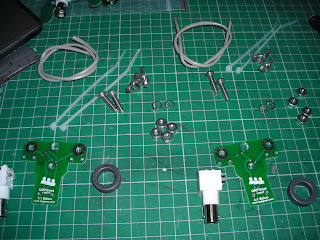 Had to add some M6 screw and nut hardware on the 4:1 as the ones I had failed. My mistake tightened the bolt too much. 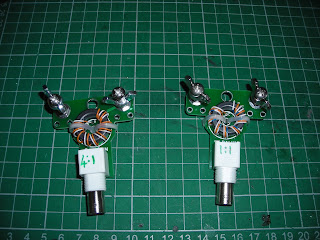 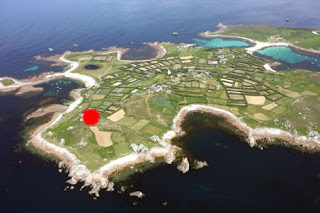 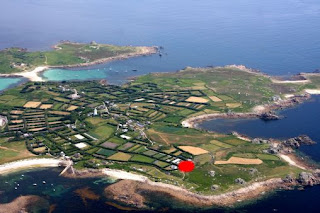 As some might know by now I'm going to be doing the RSGB IOTA contest QRP again from EU011 St Agnes.

The antennas will be approximately where I marked on those images.

This time with a few extra challenges.

I will also take the QRPLABS Hans Summers, G0UPL designed QCX https://qrp-labs.com/qcx.html on 30m and a SOTA Beams WSPRLite  https://www.sotabeams.co.uk/wsprlite-antenna-tester/ (also on 30m) and will be qrv before the contest as M1KTA and the WSPRlite will be on during the contest.

I found the tiny new Mini USB Keyer from K1EL a must have for contesting with Win-Test as used so well as C6AKT earlier this year in BERU/RSGB Commonwealth Contest (won the Lilliput trophey for winning the QRP category) http://k1el.tripod.com/WKmini.html in UK you'll find KANGAUK have it available. https://www.kanga-products.co.uk/k1elsystemproducts-winkeyer

Got a nice shack too, I had operated from an old shed on exact same location in 2016. 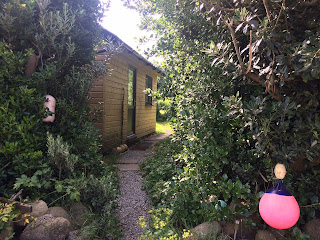 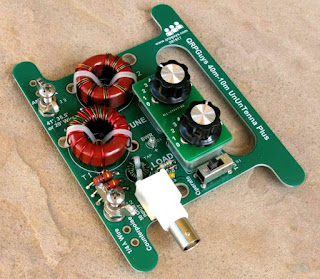 One of the antennas for RSGB IOTA Contest as M1K from St Agnes EU011.

My build... will update as it goes.

Layout all the parts and check with the circuit diagram. 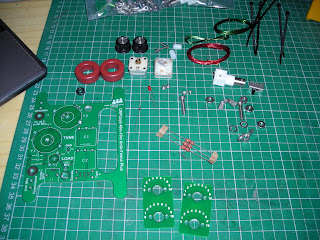 I can see I have a spare capactor indicator plate but a missing 470ohm resistor. No harm got one in the 'junkbox' 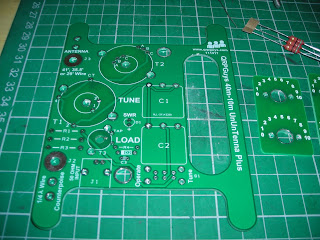 Why do  some find some torroids so hard to wind?
The FT37-43 SWR indicator torroid is not hard. 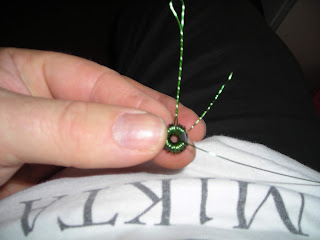 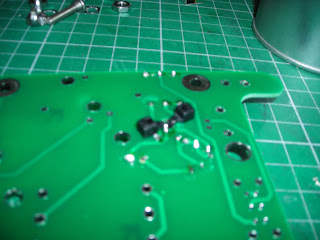 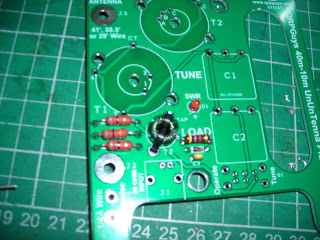 Watch the orientation of the zip ties as you pass them through the board if you want them to sit flat. 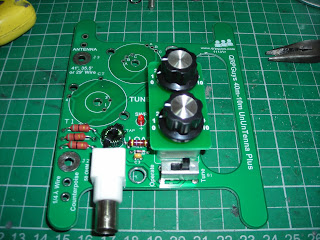 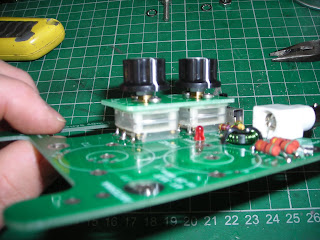 C1 & C2 yes you have to modify, not hard just be really careful taking off the plastic. I use a little bench vice and hacksaw and just cut a couple of slots. 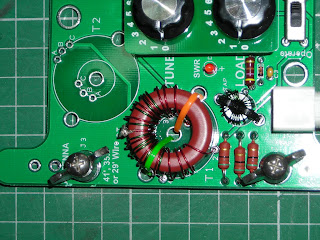 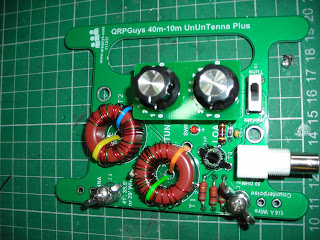 T2. again I changes the provided tie wraps for blue and yellow ones

There the kit ends so will have to add wires etc... 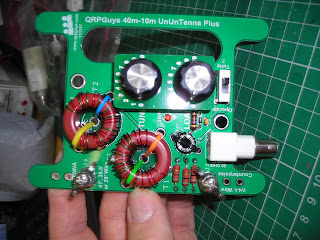 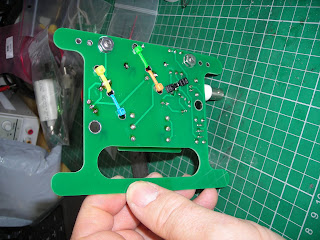 I suspect if gets wet might be fun so will craft a cover of sorts.
Posted by M1KTA at 09:03 1 comment: