Finally managed to get the 7" TFT and touch screen to work with the V2 RaspberryPi B model and it seems to run as a pan adapter for one of my KX3 fine, I also tried using it with an RTL SDR  USB dongle and it runs FB.

I had this running using a tiny 2.8" TFT which was fine but not terribly usable.

I might see if I can get the SDRPlay working using it as well. Photos and video later.

Using a HDMI connector from the TFT to the Raspberry Pi not the Pi's own DSI (ribbon cable). I have done this as I expect this might see use when DX trips urge me to use another display.

Technically I stood on so many shoulders to get this working I will not list them all but this used a 7" TFT 800x600 AT070TN92 based display (was cheap off eBay) and then used a recovered display driver board VS-TY2662-V1from a defunct PC display (thanks to research from my Dad as to exactly which board it was) so I have VGA, composite (so those Hotel TV's can be used as well!) and HDMI.... The board allows both TTL or LVDS output so you 'can' use many different TFT panels as long as they have one or other of them... still trying to find a decent data sheet, and list of panels it works with,  I tried (for fun) with my junked laptop which I ripped the screen out of it is some 16:9 1366 x 768 resolution, and it will drive that as well. There are a few other connections on the board but not worked out what they are yet or what they do.

The display driver looks very close to this one which seems to do the same thing. 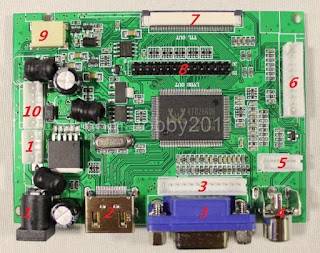 The numbers mean on the image (comparing to mine as well)

The  touchscreen used with the TFT is a separate USB powered 'thing' from Alibaba.

The 7" displays  and touch screens I think were possibly for use in GPS or tablets and the recent explosion in their availability and use has seen prices of some models tumble sharply.
Posted by M1KTA at 17:32 No comments: 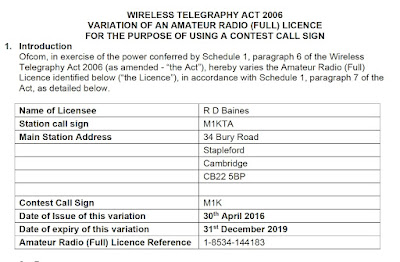 At least one QRP SCC that will be on the air again... the renewal came through this morning. 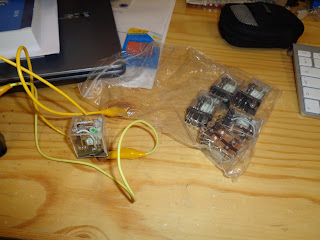 I just tested one..

So will be looking to built a prototype tonight. 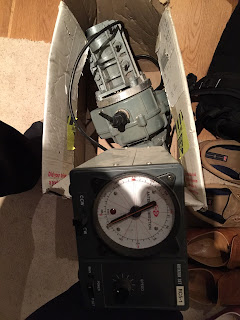 Happy...now to get that 23cm stuff working for summer.

I have an new SDRPlay... was just going through what it can do by itself. Next is use it with a TX as a sort of pan adapter. I use sound card based SDR usually with my KX3 and an ELAD T/R switch so I'll use that.

However the SDRPlay uses a USB virtual audio driver so I will split the RX signal and feed 1/2 to KX3 and 1/2 to it.... the how will be to use the above. 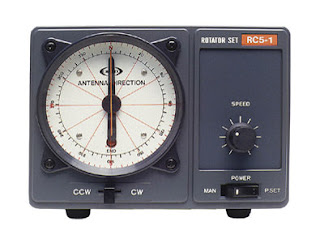 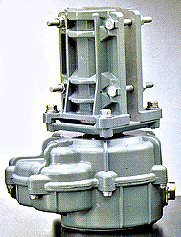 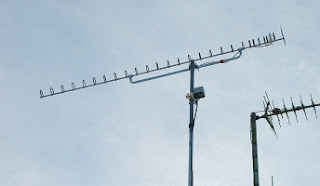 The WX stations will see new batteries and one might have a web cam fitted.
Posted by M1KTA at 19:58 No comments:

Don't mount your antenna pole on single skin wall of bricks put up with lime mortar!

Mentioning gable end antenna mounting.Got to laugh... neighbour, who rents his house put up a TV pole with not one but three separate Digital TV antennas on it...didn't ask permission either it seems. He took the H&K bracket off the main house wall (I have no idea how!) where it was fine, moved it to the gable end of the old downstairs toilet. Every house on street uses the house wall but he knew better obviously and that also meant he could do it with a low ladder.Up come the high winds... he discovered why everyone was telling him it is a really bad idea to put it there, it is lime mortar single skin brick so it will not hold a loaded 20ft pole in high winds in a million years. Needless to say the obvious happened... few days after the w/e high winds but was only a matter of time it seems ... timber.... over it goes, pulling the roof with it.Rats was too slow with the camera this morning (I was laughing too hard to be honest). Emergency roofer has covered the collapsed wall and caved in roof with a sheet. Spoke to a roofing guy, who honestly was laughing too said some tiles went through the ceiling and trashed the bathroom below too! I guess that is his security deposit gone then!
Posted by M1KTA at 09:23 2 comments:

Not picked it up here at M1KTA but seems that QRPLabs Ultimate 3 has been heard. 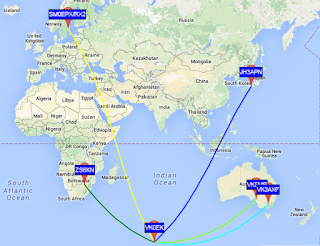