It is one thing to be able to do running repairs or modifications when in home shack, it is completely different if you are on a remote island and you only have what you have.

The 4 ground screws arrived fine (actually the station used 8 others for the other antennas as well).
The 4 traveller 10m poles (one borrowed from Gavin MM1BXF) all were fine.
The 4 40m gp's with feed plates and 8 radials each were all fine (tuned to 7.150 100Hz above where I wanted the 4 sq to be)
The 4 75 ohm feeds from the phasing box to the 4 GP using F type connectors were fine.
The control box was fine.

The site where the antenna should have been put up moved!

The line from the operating position to the phasing box was not working. Grrrr (putting it politely)

The relays were NOT latching which meant to maintain a set of phasing the relays had to remain energised. In theory you could select a direction and it would all remain but then after a time one or more would switch and the vswr etc all went to pot.

At home the separation was 30m at most and the length of control cable I used was fine. All power (12V) coming from the shack end.

On EU-011 the separation was closer to 95m so the original cable would not work.... the substituted one should have been stranded CAT5 and all copper conductors, I find it was NOT but solid and was copper flash coated steel and the voltage drop was not only horrendous but was not equal over the different cables. I even tried 2 PP3 batteries to raise the voltage to 18V and even 4 in series/parallel but it was just not stable. I even tried a bodge with some coax and a wire.

As the IOTA contest time advanced closer I had some hard choices to make....

One option was put the thing up as intended and set the default location towards UK and either run out (unsafe at 2am) and switch the direction. Or do what I did in the end....

Sacrifice the coax from the 17m VDA I took and use this to create a manual 2 el 40m array with one element phased such that I had directivity in line with the elements (ish) towards UK. This also meant take down 2 elements and remove the radials (I added them to the 40m ones already up). I think the 40m signal was fine and managed QSO and the SDR RX looked FB too. 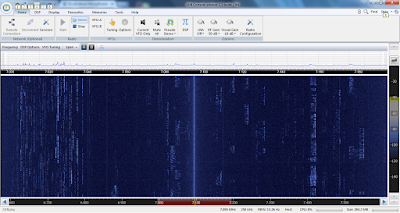 The signal might have been better had I had all 4 up but was very annoyed and I did not have time to go through putting up the 40m array after I found out the problem which would have meant moving it so the original cable worked as that would have meant moving everything which already worked all over and not using the empty fields I had available.

It was a DXpedition and you live and learn.
Posted by M1KTA at 10:29 No comments:

I can confirm dates...

Can only promise BERU w/e on S Cook dunno exactly where I will be after
that maybe N Cook maybe not... best listen on air.
Posted by M1KTA at 16:18 No comments:

This came from work from JN1GLB and F5VHN I am sure I might add to it... 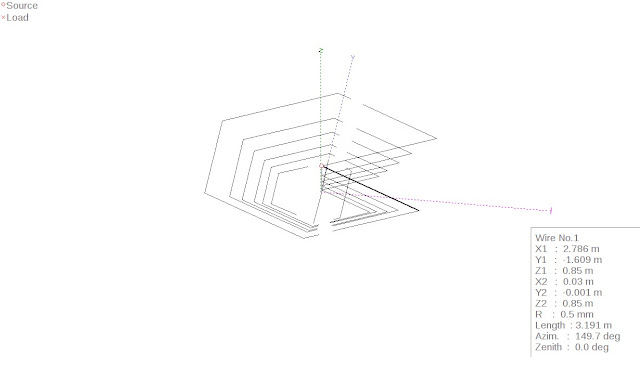 I am sure I will model this in various configurations, including putting the whole thing through 90 degrees and mounting it on a pole above the sea. It then becomes a series of nested vertical 2el that is steerable.

Use a hex beam vertically by the sea

I have use a 20m vertical moxon before to good effect. So was interested in one option with an antenna I have..... take the Hex-beam and turn it through 90 degrees and stick it on a pole next to the sea.... 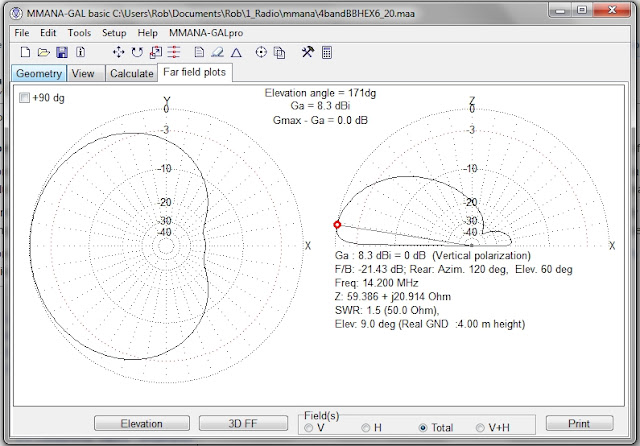 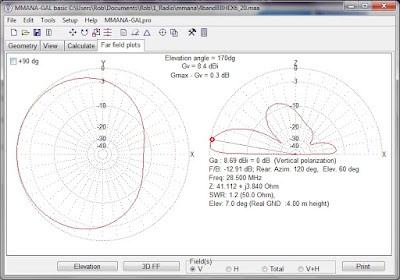 Well modelling says it will work.... thanks to F5VHN
vertical Hexbeam over sea water on a pole of 4m ,  ie 4m to the boom . Higher is NOT better as it creates high lobes .  see 10m
Now to try it out.
Posted by M1KTA at 10:21 No comments:

Click on them to see them bigger in your browser. 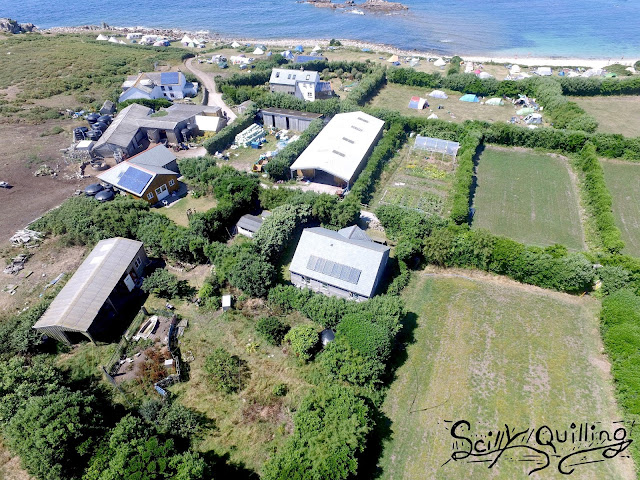 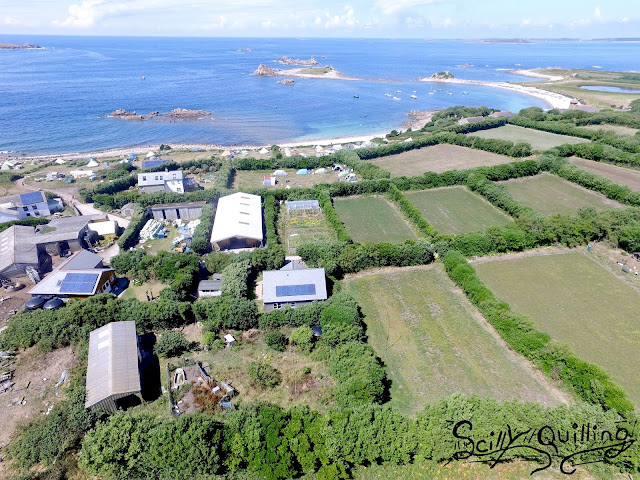 These were taken by one of the staff at the farm/campsite who had a drone were taken before everything was up... whilst the weather was nice.

The small wooden shed in middle left by itself surrounded by hedges was the 'shack'. Was bumped out of the milking parlor/ shed and field as they needed those and the shed was piled high with fodder they had just collected before wet weather came in. The 10m, 15m and 20m VDA are up in the scruffy looking patch nearer the bottom. To the right you can see the 80m vertical. After this was taken I put up a 2el 40m in the field next to it. The whole area was covered with radials and I had to add extra guys to most things. You are looking almost due west.

Sadly the empty field nearest the sea had some calves in it with very protective mum's so was off limits.