What SDR kits are out there?

I was asked this at a rally demo recently:

>> I was talking to you at the Loch Erne (Enniskillen)Rally on the 11th April past.
I would like to know:
What SDR kits are out there to build
What would you recommend to start with and which one to work up too.
Where can I get them from and how much are they ?

> Any thing else that you think that I may need to know about kits and what software to use would be great.
The answer is going to take a while to formulate with all the information but this post will be a place holder for it.
I will fill out the sections below.
The initial starting places to look for information on building SDR kits could be:
http://www.wb5rvz.com/sdr/ Robby has written extensive notes on the construction of all sorts of SDR kits.
http://www.kb9yig.com is Tony Parks website he is 'Mr Softrock SDR' as the kits are his. You can order directly from him but there can be some delays as he does the kitting personally.
There is an Elecktor SDR project, don't know much about it.
The Genesis SDR project is a bit more advanced that a softrock and for those who do not like surface mount the projects are good. http://www.genesisradio.com.au/
I have a kit in the design phase.
There are plenty of others out there I just either don't know them or haven't mentioned them,
All these so far use the concept of a PC sound card and software to decode the signals and the bandwidth is between 48khZ and 192kHz which is fine for most uses.
Expect to pay anything from £20 - £200 for an SDR kit. Any SDR TX options should NOT be considered by a beginner unless you have the RX side working first.
No matter what the RF hardware you need to run software for SDR. Don't expect to run it on that old 386DX DOS based system you use for VHF logging It will not work. You will need a good sound card and any reasonably modern PC should do well. The larger the monitor and the higher resolotion the easier you will find 'looking' for the signals. I use in shack an old Pentium 3GHz laptop or a Dual Core AMD 2.8GHZ laptop, 24bit 96kHz external USB sound card and twin 17" monitors. All together would cost less than an FT940 would. I do demos at rallies with an ASUS eeePC 4G which cost me £125 from Toy'r'us and the sound card in it is brilliant 24 bit and 96khz no problem and a 17" monitor.
Another option that Pat Hawker G3VA talked about maybe 10 or more years ago is to use direct digital conversion and digital up conversion to sample and convert RF directly to data and visa versa... the constructions are not really for anyone but the seriously experienced and surface mount components rule the day, go to http://openhpsdr.org/ and you will find some more details. They use FPGA chips to do most of the digital signal processing. Some of the newest FGPA chips have huge capabilities but cost £10K (HPSDR doesn't use the expensive end ones!) and those are what the military and broadcast radio and TV use.
Non kit options:
RFSpace: SDR-IQ, SDR IP, SDR-14
Flex Radio don't know much about them... very expensive!
Software:
Lots of options but a major one anyone has to make is are you going to try to run SDR with Linux or Windows.
Loads say they want Linux as it is open source and all that but and I make zero excuses for saying this but 99.99% of them never code a damned thing and much of what they say is hot air. The choice is really down to what you run your shack with, most use Windows and some of the more user friendly beginner software is Windows based. Not to say the Linux stuff isn't but it tends to be written for specific functionality not overall usablility.
No excuses for recommending it, as I am supporting Simon Brown HB9DRV (He wrote Ham Radio Deluxe) SDR-RADIO (http://www.sdr-radio.com) which he has now released v1.0 of. It doesn't have TX support and a few other things just yet but it will and if you know HDR and DM780 it will integrate with those nicely.
Other options are: (Again all Windows and no source code available)
ROCKY http://www.dxatlas.com/Rocky/
M0KGK http://www.m0kgk.co.uk/sdr/index.php
WinRAD http://www.winrad.org/
A homebrew siggen I would advise anyone to try to look at building to look at image rejection is this 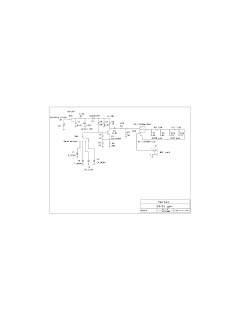 There is a German kit too, the "DSR-Einsteiger-Kit" sold by http://www.box73.de/
Enter "sdr" in the search box.
73, Joachim pa1gsj

I had a lot of fun recently building the ZetaSDR for 40m ... you can find this googling for "ZetaSDR" or "TinySDR" ... no coils, three chips, powered by USB 5 volts. I am very much a newbie, but I can pull in CW very clear with it, and some digital modes, but I've only heard very little English, but a lot of Spanish the last few nights (in Ohio, USA). Just using a wire stretched out across the house. I've had the most success with using DSPRadio on a Mac, but I've also used Quisk on my Ubuntu netbook. Lots of fun!!!

Cross Country Wireless (google) do a really really nice SDR kit. Lots of options to chose from and very good value. Chris, the owner, is very good at replying to my stupid emails about the kit. I bought mine second hand, so he has less of a reason to reply and help me, but does so anyway.

Customer service is something that is lacking today, but CCW excel at it.

I have the 40/30m version, and I'm very happy with it - combining it with an Si570 CMOS VFO and you have a wideband receiver or IF adaptor.

Hi, what USB soundcard do you use and which USB soundcard would you recommend for SDR applications? I'm building a Softrock kit but haven't got a soundcard yet.
Thank you.

I use an external 24 bit Sound Blaster USB sound card. The internal PCI one SBLive! works fine too. You can get one on ebay every now and then, used to be £10 ... the more modern ones seem to be fine (X-Fi ones) but I have never used one.