ATS3B in C6 be careful else you'll kill the PA!

Had a quick email from another ATS3 fan, "please don't connect the ATS3B up to a poorly matched antenna it might result in tears before bedtime". 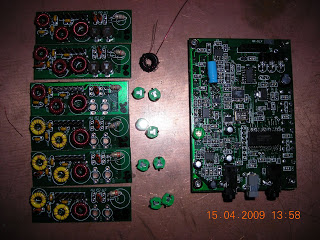 I built mine back in 2009. This was just before adding the C to the band modules. Added 60m as well to it since then. 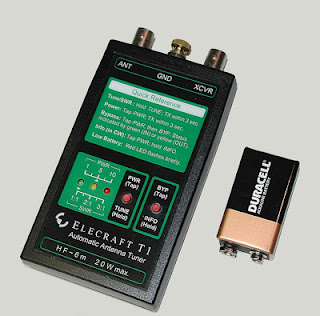 I'll also take a few BS170 with me just in case Murphy becomes an operator.

The ATU will probably be a bit redundant though initially as antennas will be mono band & resonant too, I'll use a KD1JV, http://www.qrpkits.com/deluxetennadipper.html to be sure they are before use. 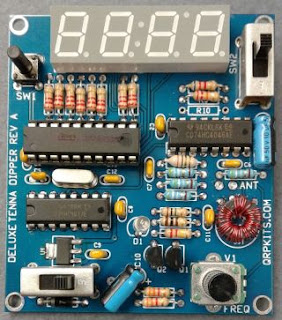 qrpkits photo I'll swap with my own this evening.
Posted by M1KTA at 11:42 No comments:

Need to be sure the ATS-3B doesn't get powered by more than 11V.

I used to have a QBSA but sold it (big mistake). Anyway going through setup for latest trip and realised need a way to control the voltage that the ATS3B will be powered with so built something based on the QBSA (from KD1JV) section. Where you take the main shack supply and use an LM317 to provide an adjustable output voltage. 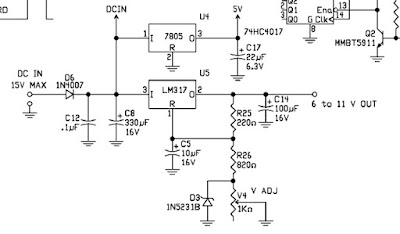 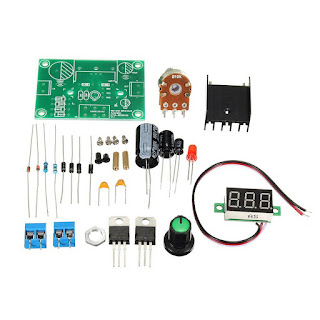 I omitted the AC diode bridge (4 diodes) as I don't need them and just added a wire. 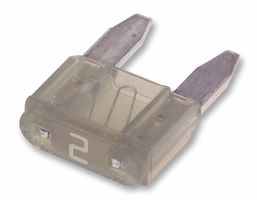 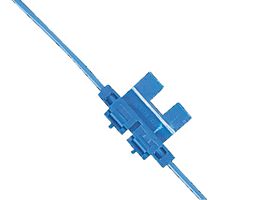 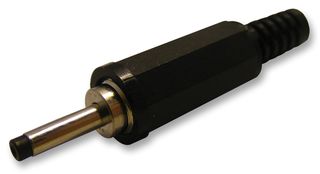 Thinking might fit these bits plus the basic PSU and the basic SO2R into an EC2 enclosure (have one spare). Then if travelling with K2 etc again (likely) will reduce the number of units.
Posted by M1KTA at 12:08 No comments:

Thought I'd make up some GP base connectors after what learnt over time.

BNC for the RF and M6 BRASS wing nuts.

Inside the boxes (2" x 1" x 1/2" deep) connections are using solid wire that has been wound about a screw driver so it is sort of like a little spring, so if for whatever reason the connection goes loose the connection will still work. 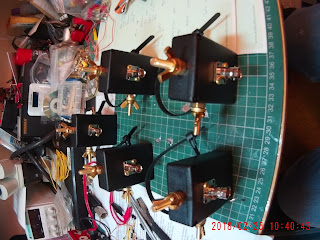 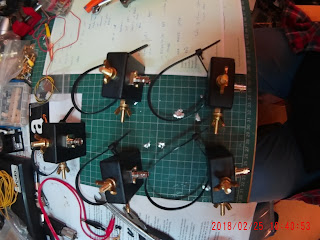 As asked.... the vertical wire will have am M6 ring terminal soldered and crimped on on end that goes on one M6 and it is secured in place between the washers and the butterfly nut and the other end goes up the pole or whatever you are using to support it, the radials connect to the other M6, either bare wires just wound about the M6 bolt or M6 ring terminals. When they are attached to a pole I know which is which so have not labelled them but I might.
The boxes do have enough space for a T80 toroid balun to just fit inside but I have not done this. Nothing stopping you adding one outside or feeding differently.
Posted by M1KTA at 09:35 No comments:

Following on from http://m1kta-qrp.blogspot.co.uk/2018/01/m1kta-so2r-controller.html as asked I will post some more details of the Arduino shield shortly.

Might not be until after C6/BERU trip mid March though as not as much time left before going.

As remarked yes only doing only simple cw and audio switching. NO SSB or PTT. You'll have to make sure you sort out PTT out so when one rig is keyed it sends a PTT lock out to the other so doesn't TX.
Posted by M1KTA at 16:17 No comments:

On C6 trip will be reviewing some kit

Been asked to review a bit of kit (rig accessory) and so will provide a link/updates on the blog once spoken to the vendor after trip.

Interesting option, so if any other vendors are ever interested in asking....
Posted by M1KTA at 12:50 No comments:

Had these in the workshop for a while and thought was time to make then up.

Should be good to 20W at least, probably a lot more.

The 80m and 40m ones I used thin wire in the winding so probably not good for higher powers, the 30m and 17m ones used 16SWG wire should should be good for 100W 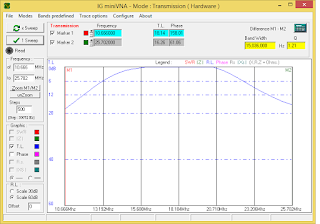 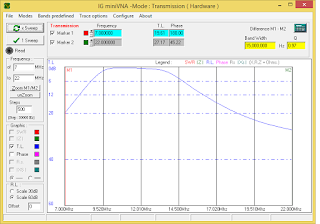 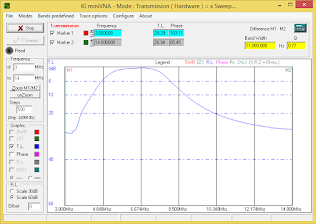 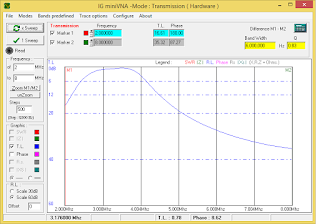 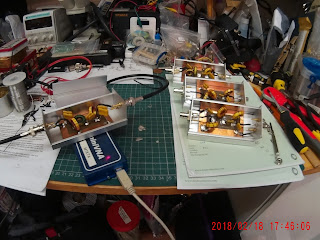 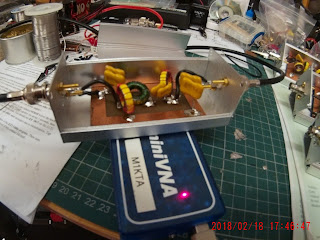 As I found out C6AKT was a reissued reciprocal SK call (Glenn W2CXX) and they had registered it through clublog and LoTW etc. So had to go through the steps needed and they are both now live again so requests for QSL will come to me.

Please make sure you realise I will not be dealing with requests for QSO or operation before my time there 8th March 2018.

Just tested, before going to the salt mines (sadly work still), that can use the keyers (K1EL Lite and WKUSB or K3NG) and the ATS-3B and K2 rigs independently of each other when switching manually and they are fine. In case ask/puzzled, the plan is I will using ONE manual key input through the SO2R and those will go into the 2 keyer paddle inputs. But I'll use win-test to key just ONE of the rigs the other will be manual.

Will be testing the win-test functionality and effect when change from rig1 to rig2 etc over the w/e.

Got to make sure the TX lock out works.
Posted by M1KTA at 10:36 No comments:

And still inside weight limit :-)

4SQ try 4SQ+1 so a 5th parasitic element might help in one direction or other.

The theory is to either place it in the dead centre or inline (along the diagonal) with the required direction.

2el on 80m, Supports are two 12m poles from Spiderbeam, with top capacity hats. Directed end-fire towards UK/EU. Wires all new.
4-square on 40m, Four 10m traveling poles from SOTABeams will support the radiators, radials all new wires from CPC. Using a TK5EP based hybrid controller, same as used elsewhere, this time M1GEO made me up a QRP PCB and much lighter so will be trying that instead of the S2JW version.
VDA on 20m, 12m pole, Tesco chopping board and parts from two 4m poles. See  http://www.f4bkv.net/index.phpfor details how to build one. TX6G David Aslin G3WGN also has excellent designs. There is a 1/2 wavelength version out there too... http://www.dxing.eu/vda.html
GP's 15m and 10m (Not expecting much if anything on 15m and 10m)

Feed is NEW Aircell-5 with 75ohm webpro 100 between the phased antennas.

I'll use an SO2R arduino controller not really for running SO2R but to switch between the antennas.