I have always wondered how do the DX stations update their logs so those web site search thingies work? There they are, say there are 5 of them in between operating, eating, sleeping and doing the necessary, and are hammering away through the pile ups and the qrm but how does that fact that I just had a contact a hour before with a station that is on a island in the middle of absolutely nowhere end up in a searchable log!

Cannot be some bod sitting at home listening in and updating it.

I'm thinking about a trip during this summer (maybe someone else might be interested in coming along) and one thing that concerns me is as will be a week long and as seems to be pretty high up the DXCC wanted list is the station dupe to make sure they are 'in the log'.

Now I'll be one station and operating one band/mode at a time not like some monster DXpedition and will not be able to switch between them that easily....anyway this happened a couple times in 2008 when I was 3B8/M1KTA and again in 2010 as HB0/M1KTA often accompanied with a request could I try another mode/band. In at least one case I already had them, didn't realise until later.

The internet connectivity there is well non existent and certainly not at what most are used to with broad band speeds but I am guessing an ADIF log could be sent to somewhere maybe. If the planning logistics so far have been anything to go by I have to do half by fax and normal telephone.

Going to be doing some searches to work it out.

Might be interested in comments. Which DXCC is planned I am going to stay quiet until it becomes more concrete... I do have the licence contact now :-)

Oh yes I'll be taking some QRSS beacons with me and might attempt WSPR too.
Posted by M1KTA at 09:59 No comments:

MIT are offering a free distance course on electronics


For those with absolutely no formal training in electronics (like me) this is an interesting offer that has to be investigated.


MIT as some of the other universities in the US (hint search for a course that uses the NorCal20A) have made much of the teaching material available from their courses available free of charge.


Now you can take an MIT courses free too and you do not even need to be in the US.


It will require a commitment of 10 hours a week from March 5, 2012 through June 8, 2012 and there are some prerequisite knowledge wise in physics and mathematics but doesn't sound too onerous. They say: "In order to succeed in this course, you must have taken an AP level physics course in electricity and magnetism. You must know basic calculus and linear algebra and have some background in differential equations. Since more advanced mathematics will not show up until the second half of the course, the first half of the course will include an optional remedial differential equations component for those who need it."
Posted by M1KTA at 20:02 4 comments:

The 4m transverter link I gave G3XBM (Roger) that he added to his project https://sites.google.com/site/g3xbmqrp/Home/4m_transverter some seem a bit dead…

Anyway if you go to the link I gave him http://www.mydarc.de/dk7zb/Transverter/4m_Transverter.pdf that will give you the details of the 4m transverter modifications to the 6m transverter but some links are dead/not working for the 6m 50MHz transverter...oops!….. so roll out the internet archive (I have done the search for you) J and go to

and follow the pdf and zip links you can get the 50MHz original files.

Just before the crossing by fishing boat 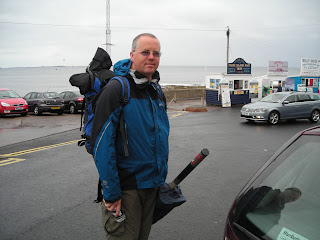 Have been asked who was in the log so here it is: