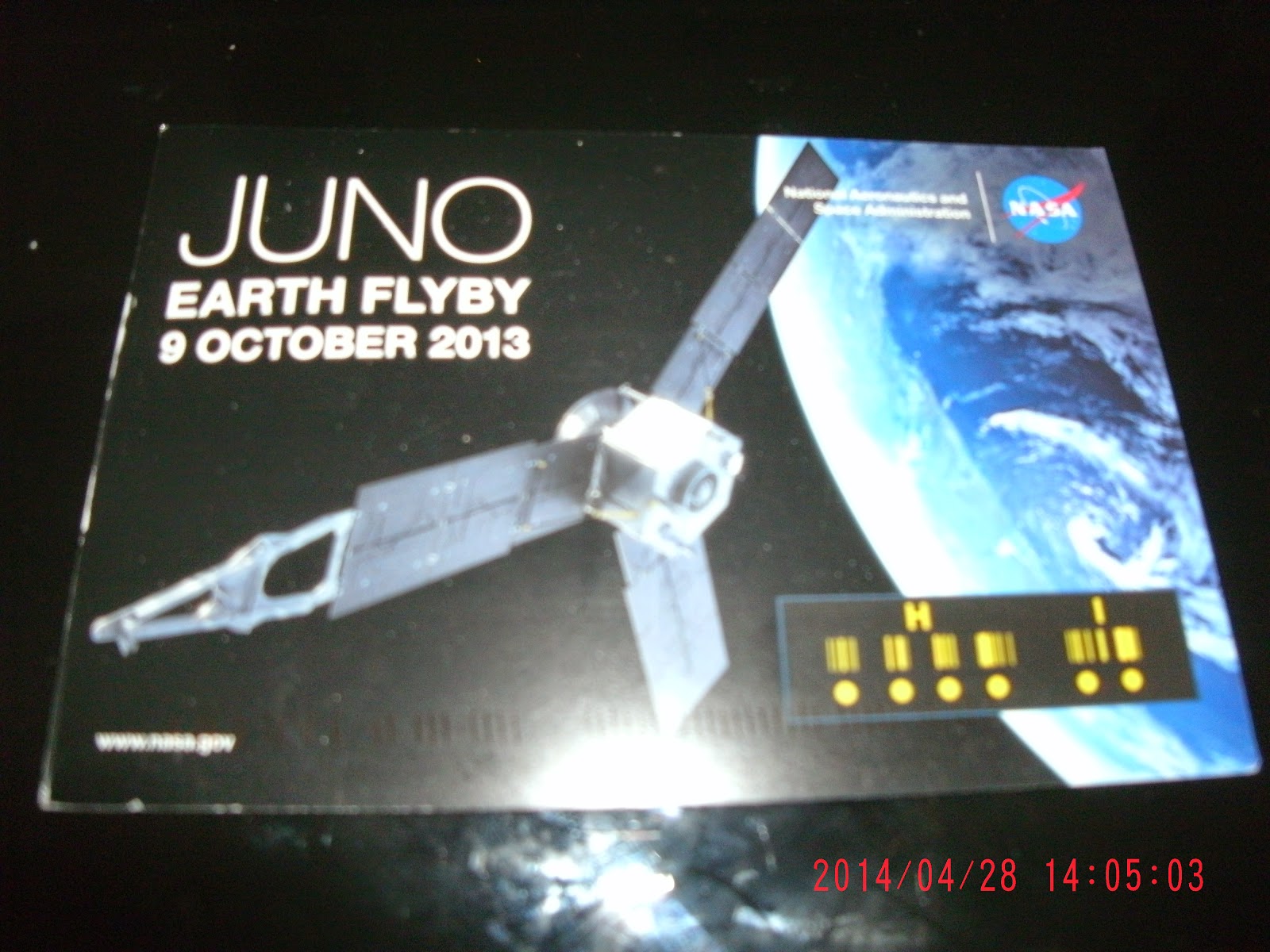 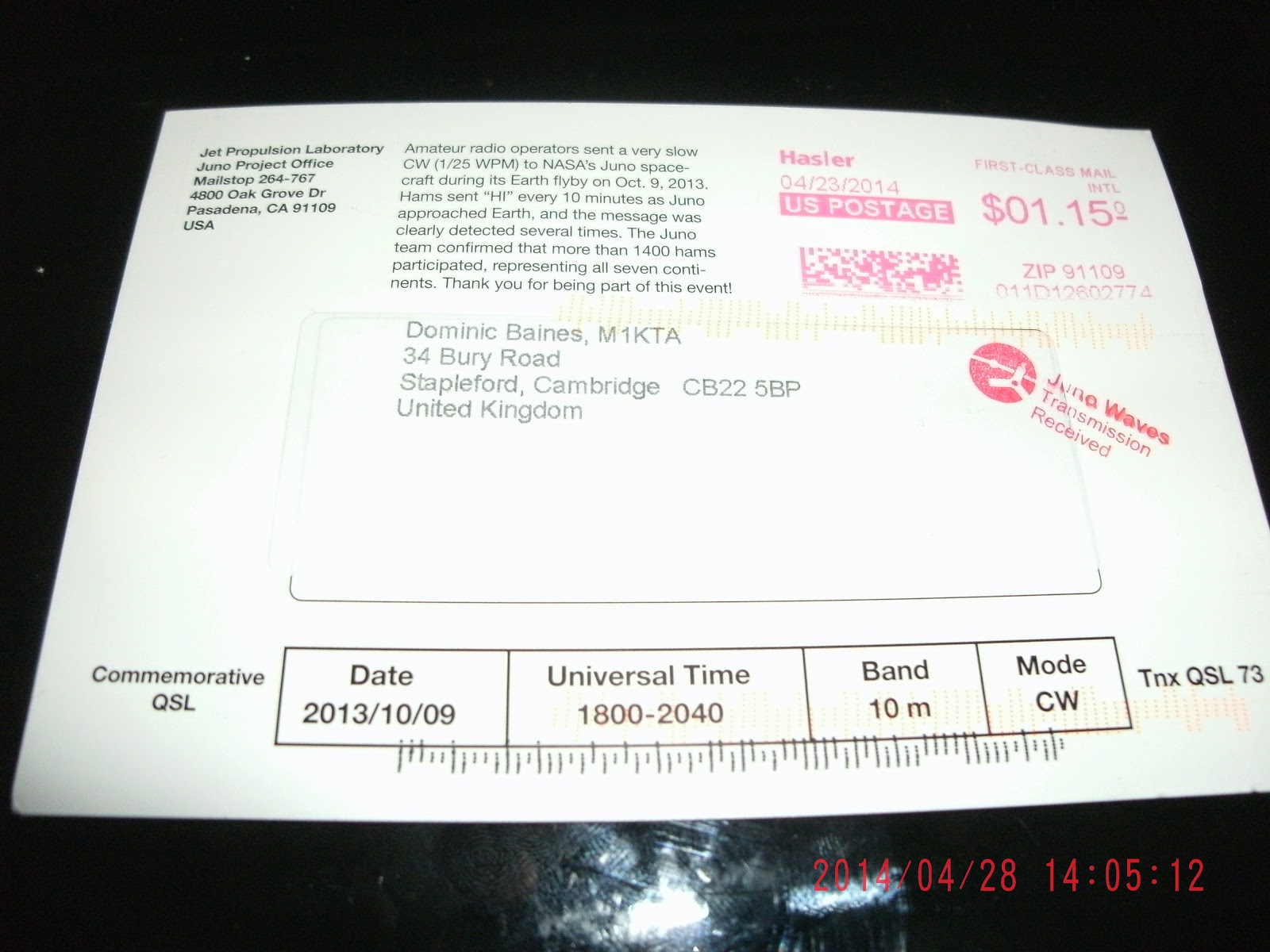 Oh... I uploaded the log files to Clublog (no idea why I ever bother as qrp ops never tend to use it)... should have uploaded LoTW at same time as use DXlabs s/w for QSLing seems never happened oops! I'll have to reset the shack laptop to DX operating mode so that it still thinks it is in C5 not UK. Or find the TSQL s/w and sign the ADI file and upload it manually.... this will get done when I work out which laptop has the TSQL cert for C5 on it.
Posted by M1KTA at 08:30 No comments:

Sometimes getting to that island radio site can be fun... 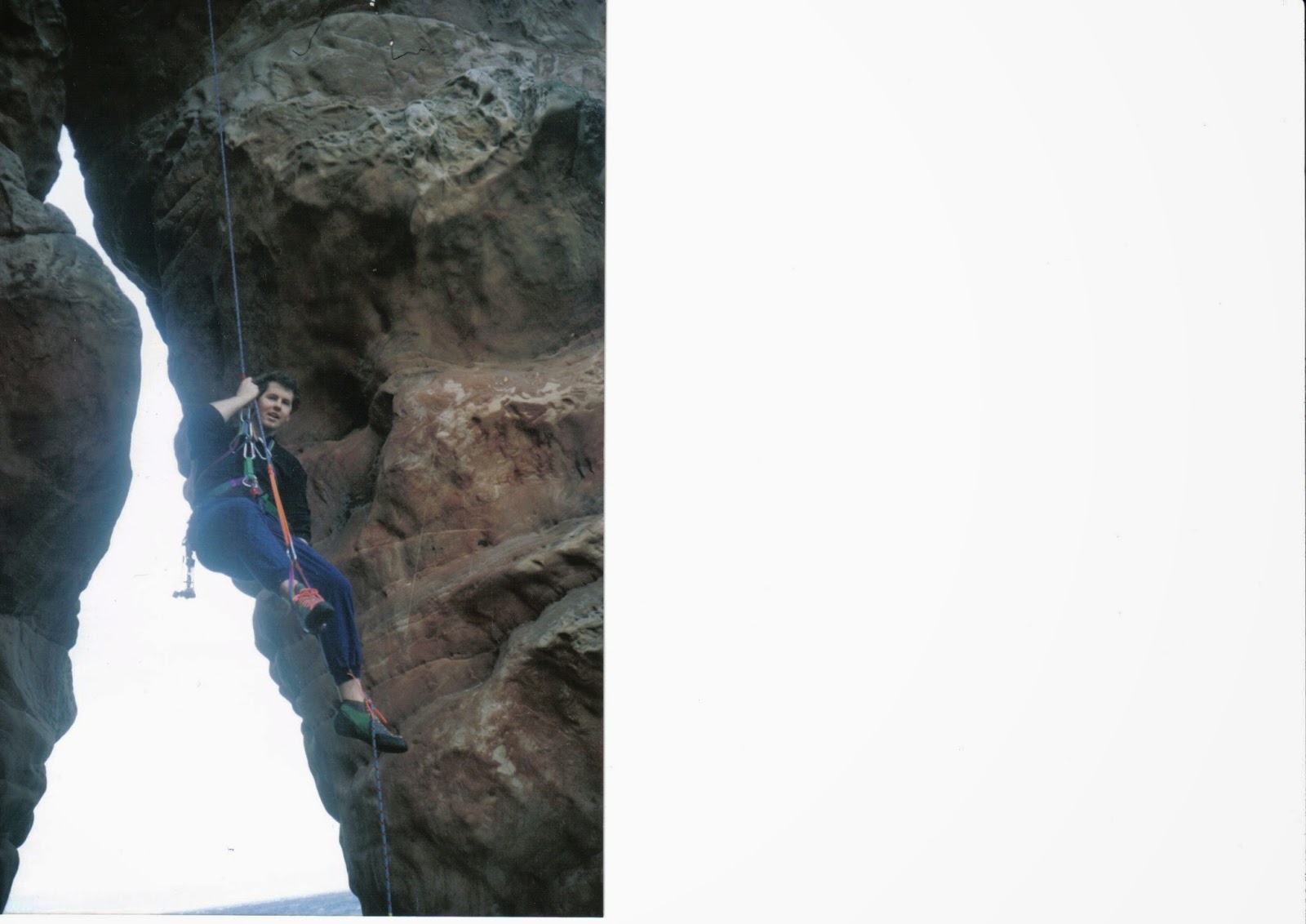 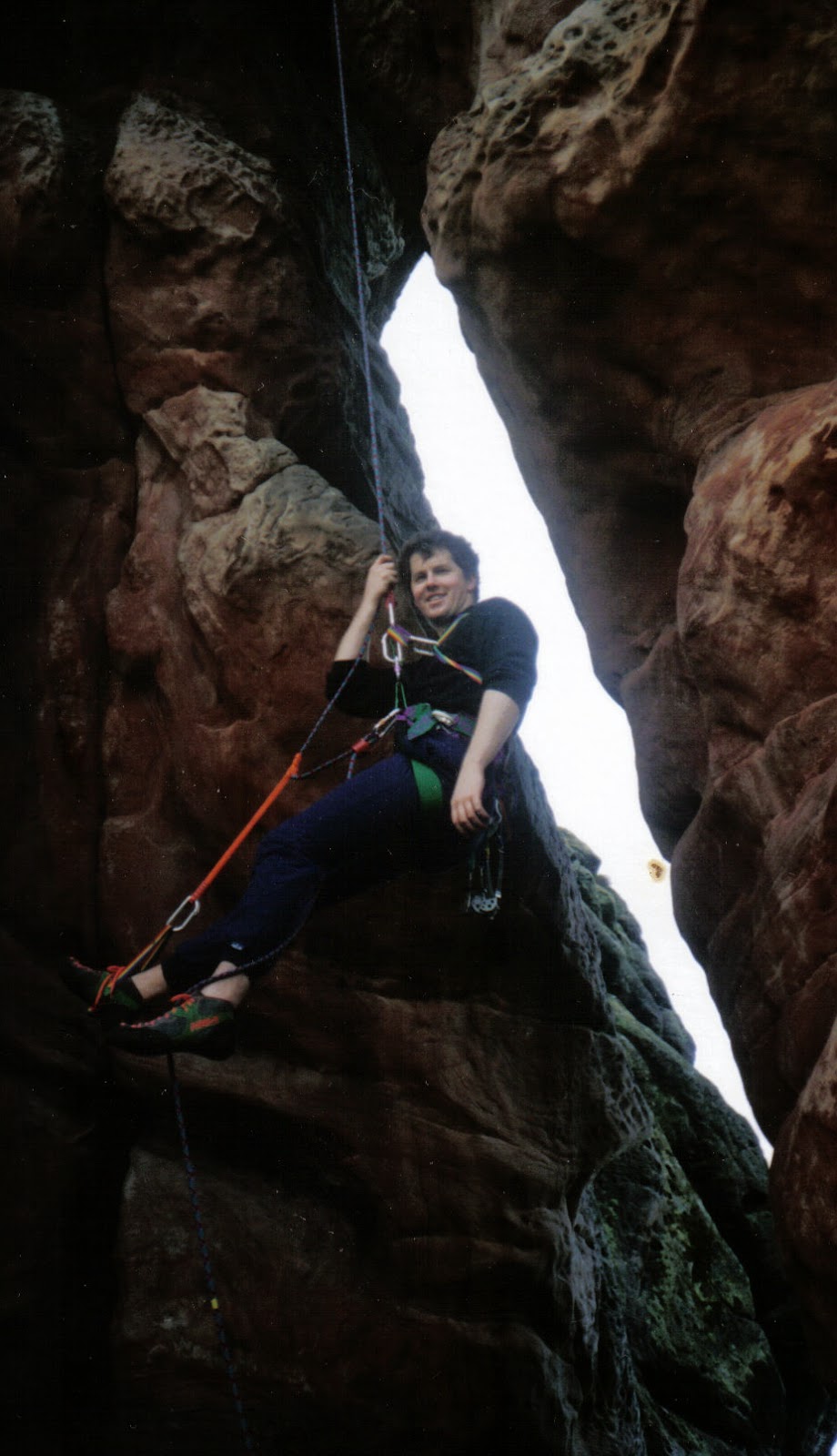 Was going through old photos and found this one.... the radio site was on top of a sea stack off the coast in Scotland.....first you had to climb up to the top! 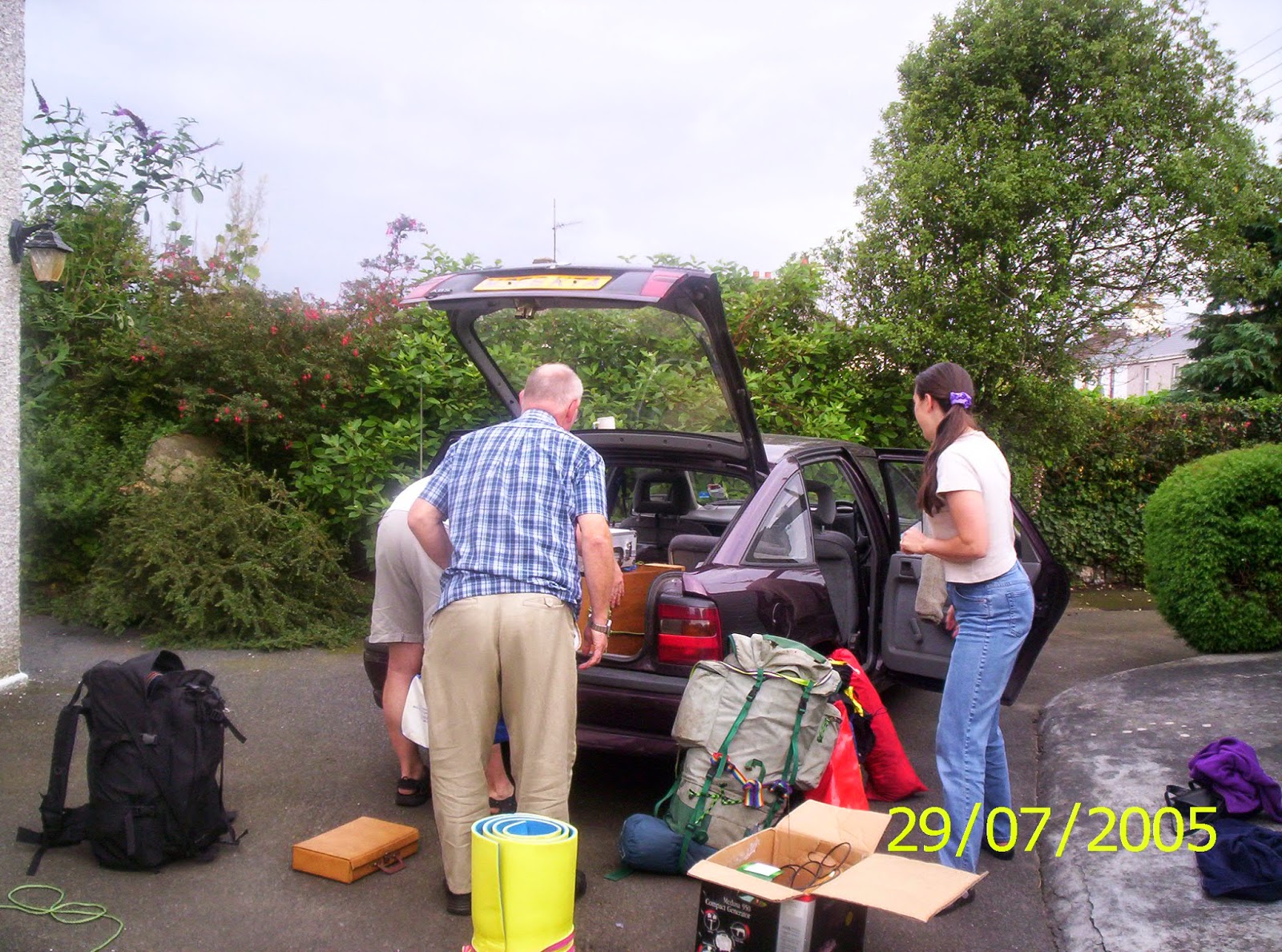 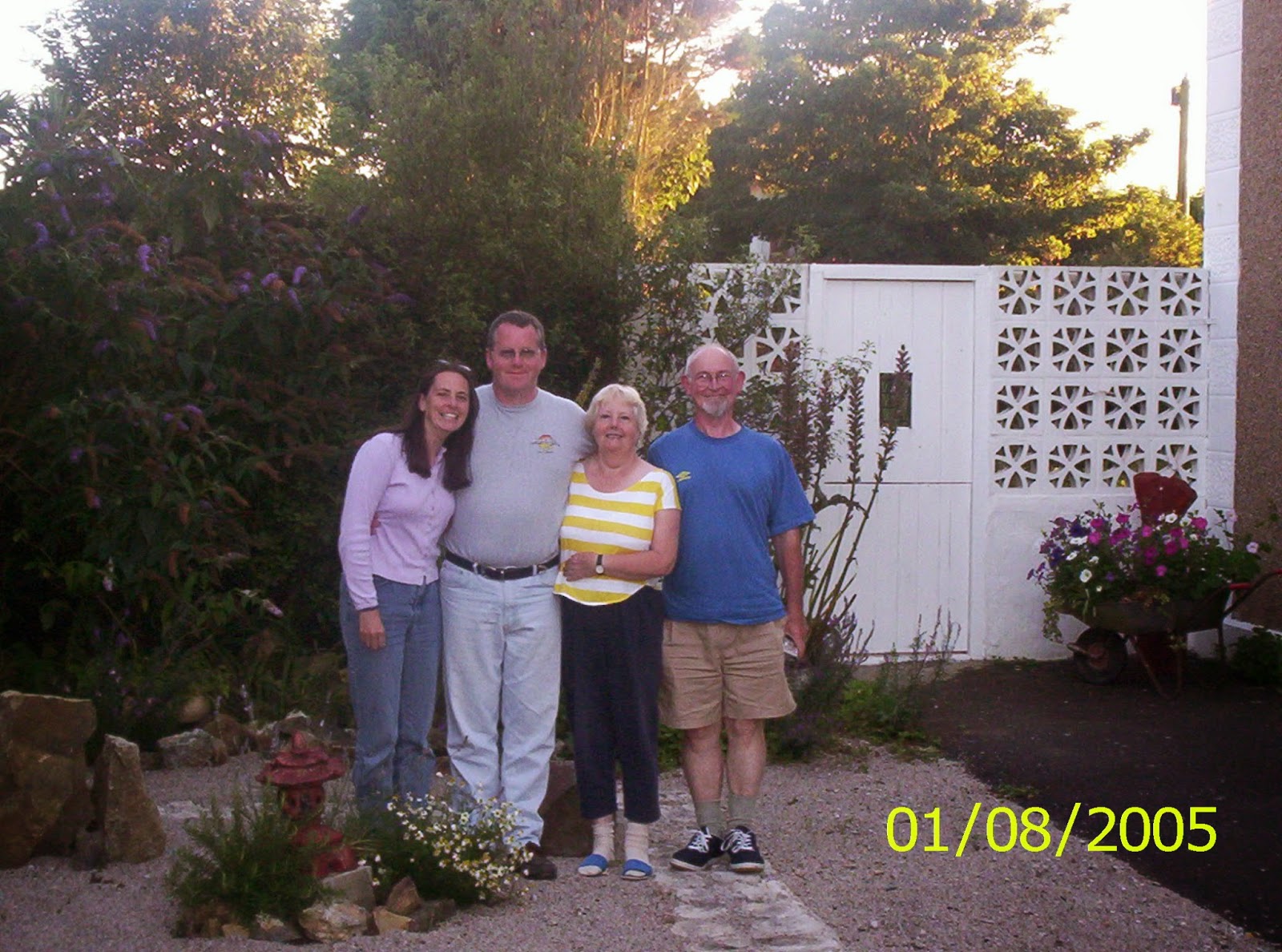 The surface mount R and C are almost all there now, and the variable C 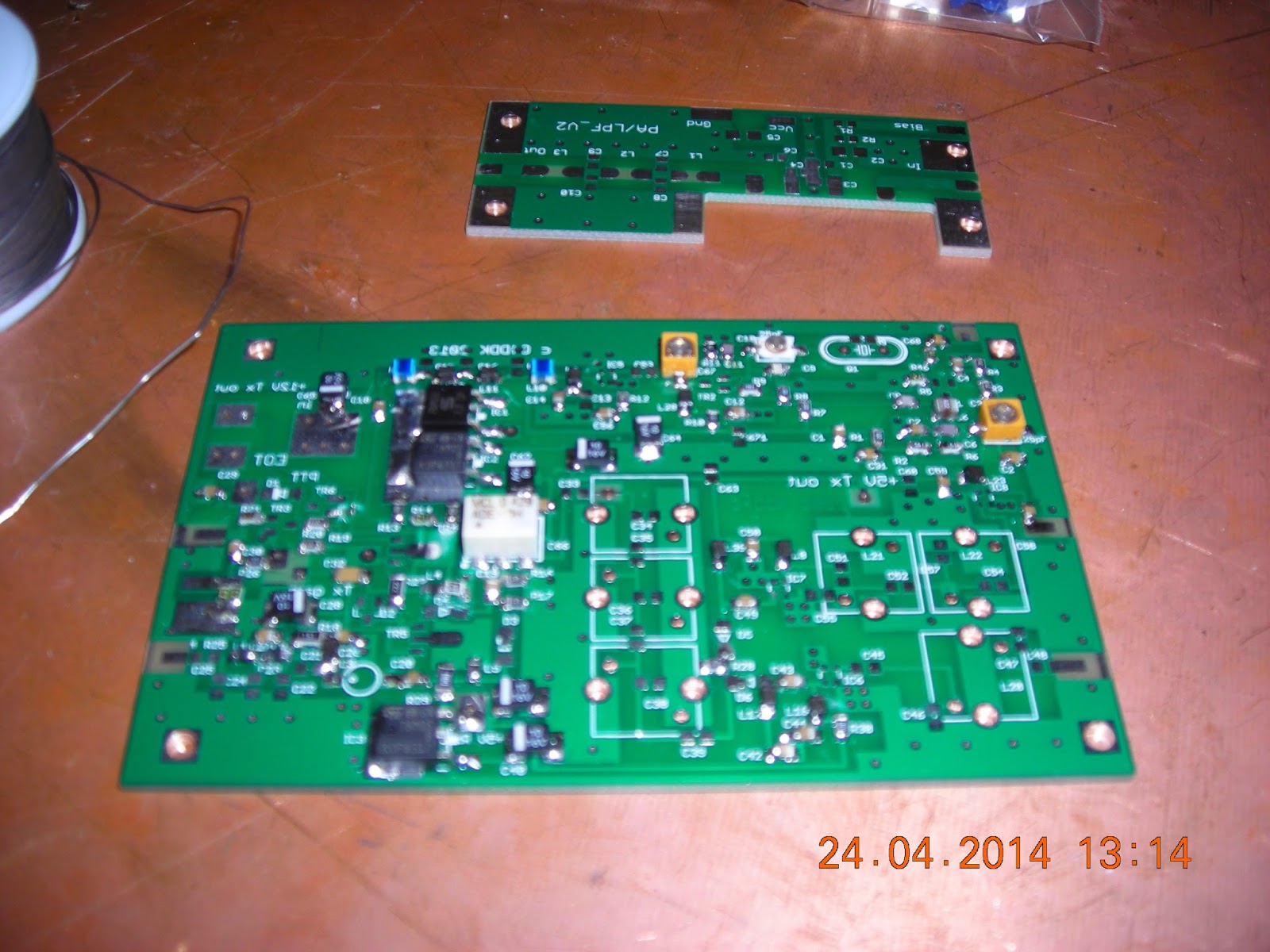 I work off a copy of the schematic and as each component is added it gets crossed off.... simple. 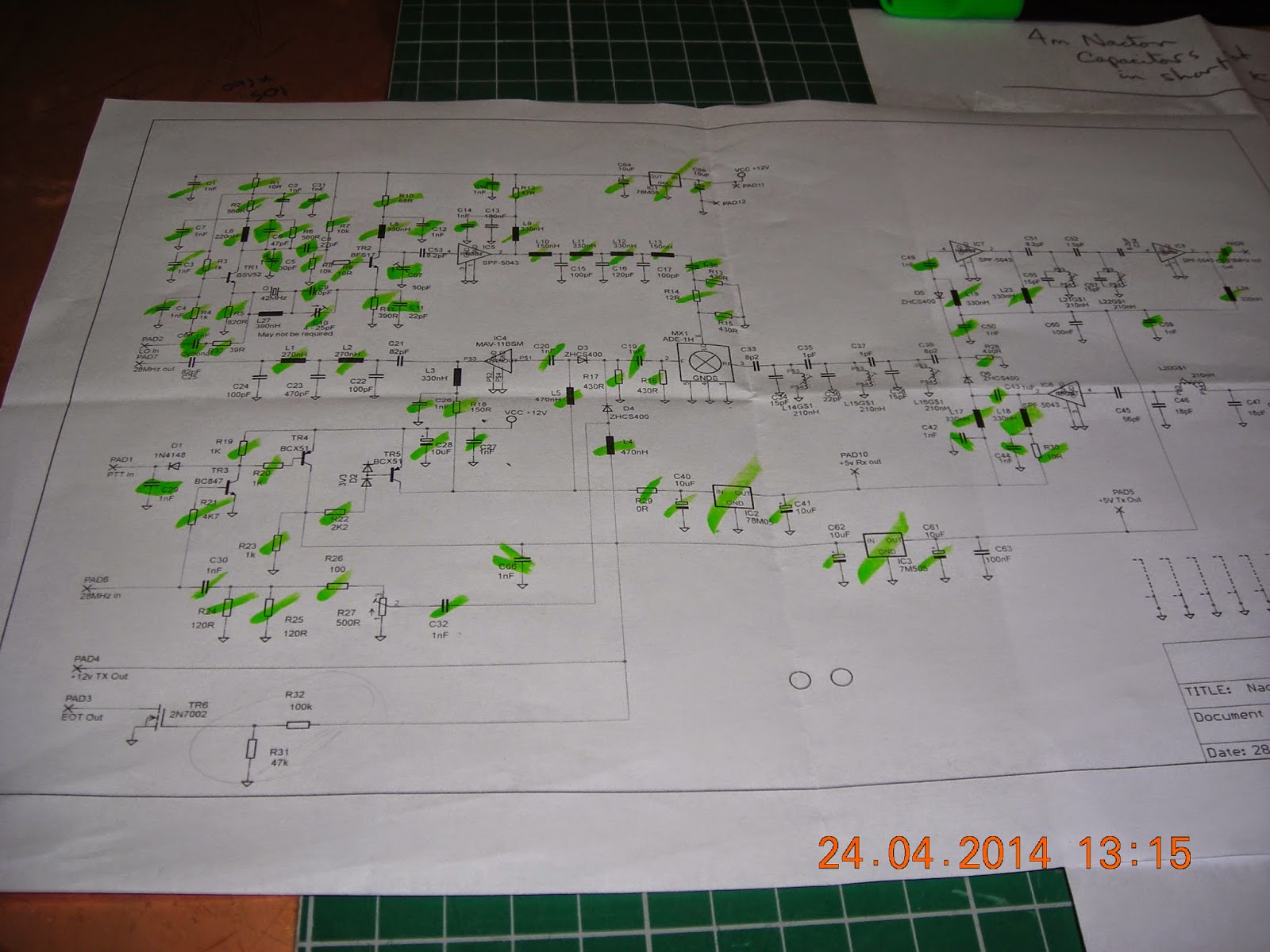 Got the surface mount semiconductors to add then the canned inductors and crystal.

Had this on the to do list...for those that wanted to known about the soldering involved I just started a Nacton build (whilst building up a K2 with all the trimmings for someone else, just finished all the torroid windings so needed a break).
I used a fine tipped soldering iron, 0.3mm 60/40 solder (so so much easier than 0.7mm stuff) and a digital camera and the zoom function to check on solder joints.
All the Surface mount components go on one side of the board the TOKO like cans, pots and crystal go on the other side.

I have a 155N1602 in the cupboard so will use that instead of the 1601 for the enclosure (mine has plastic ends), I will make up copper inserts.

I have a number of PCB SMA connectors and pig tails from a previous ebay purchase (I am sure the postie Emma gets lots of exercise bringing all the bits to M1KTA QTH)  after I switched the RF connectors to them on some USB stick RTL SDR's for local rally (they went in seconds!).

Yes as per photo and asked I use a large sheet of FR4 copper clad board on the workbench (it is earthed) and build on that. The FR4 I picked up a while back at a local PCB fabrication place, they had some 4foot by 2 foot sheets where the copper was not up to tollerance (for them), so I used it as a bench top, cut loads into 1 foot squares and shared with local club.
G4DDK Nacton 70MHz transverter,
http://g4ddk.com/4m.pdf 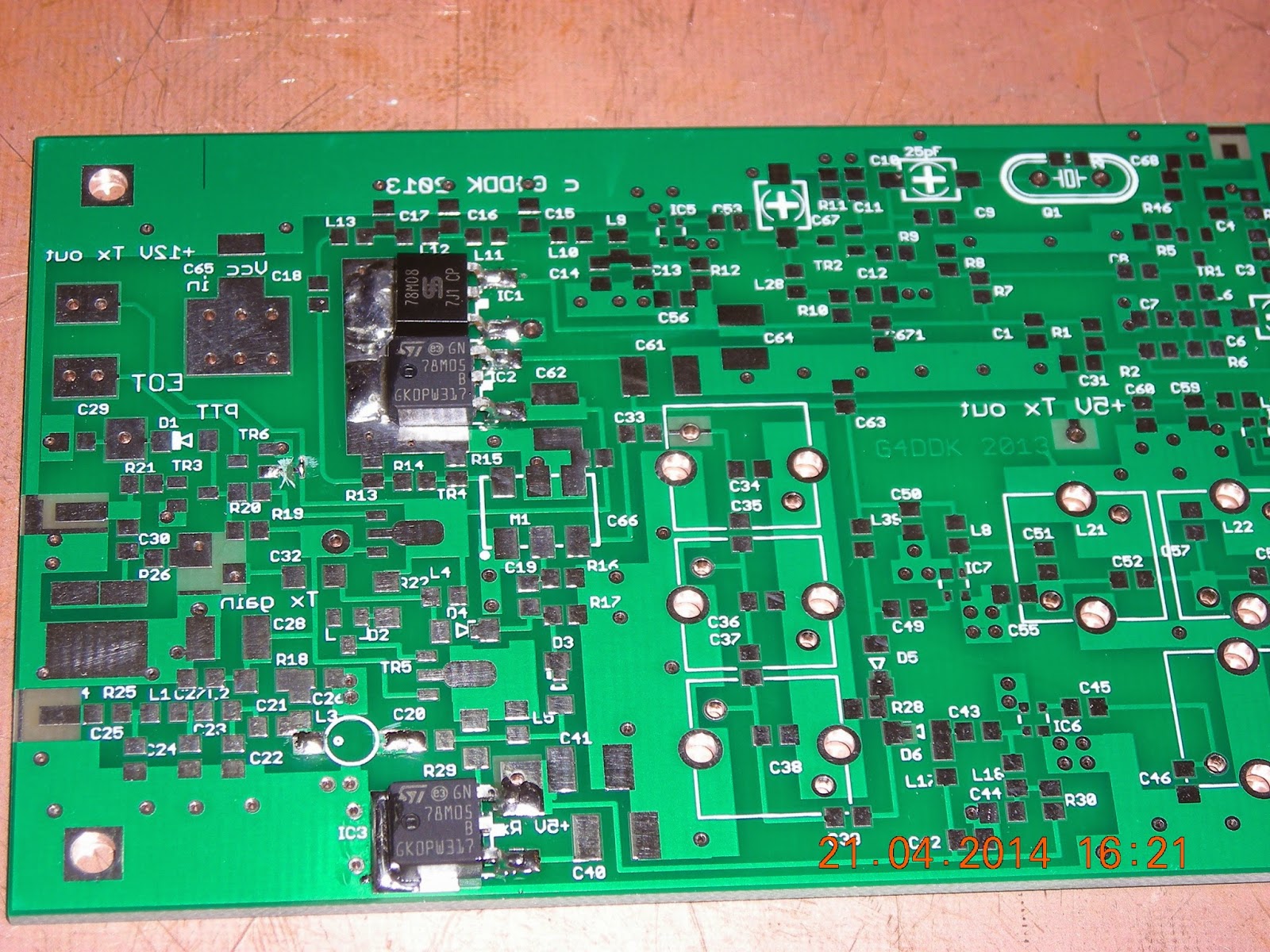 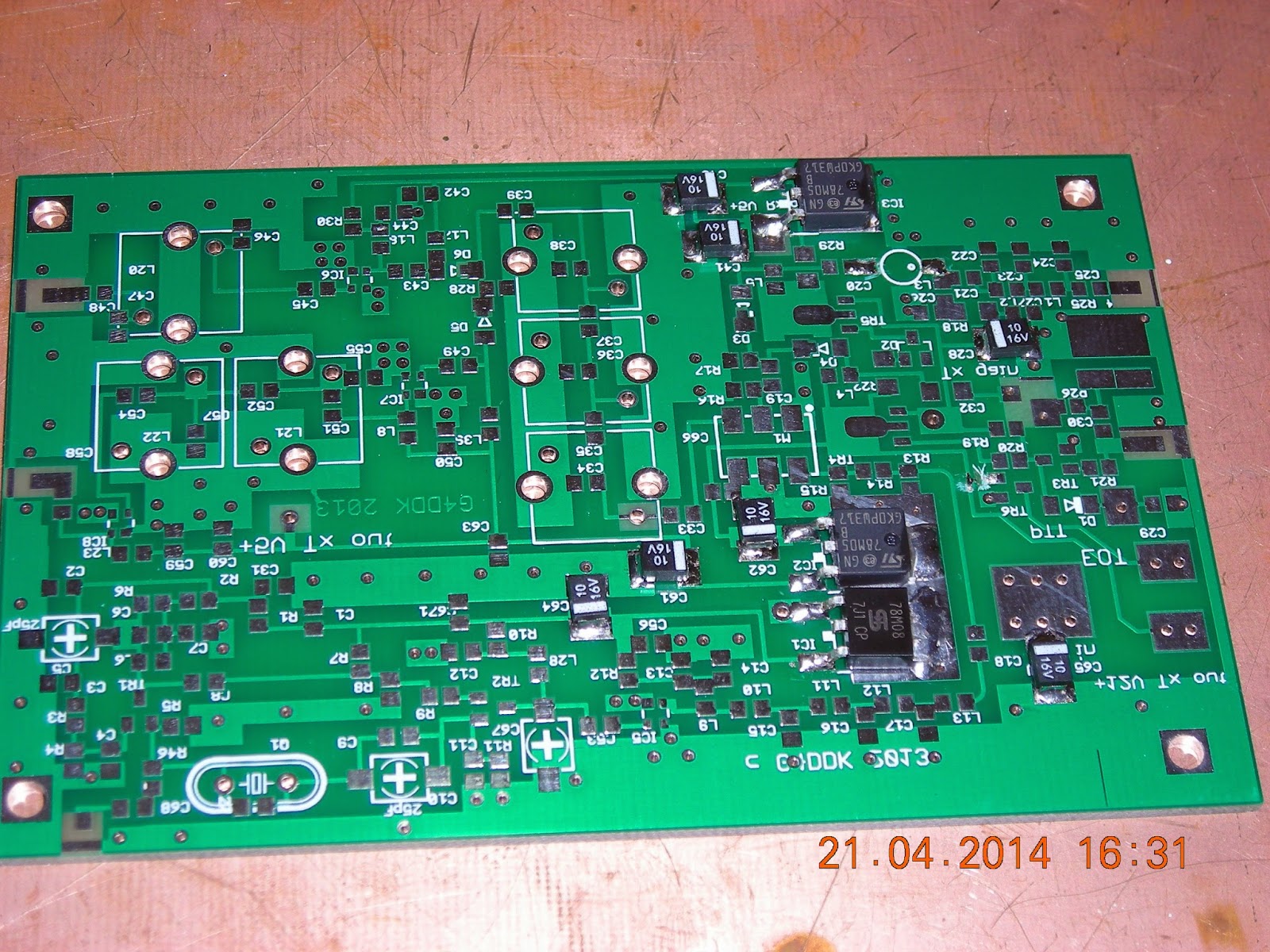 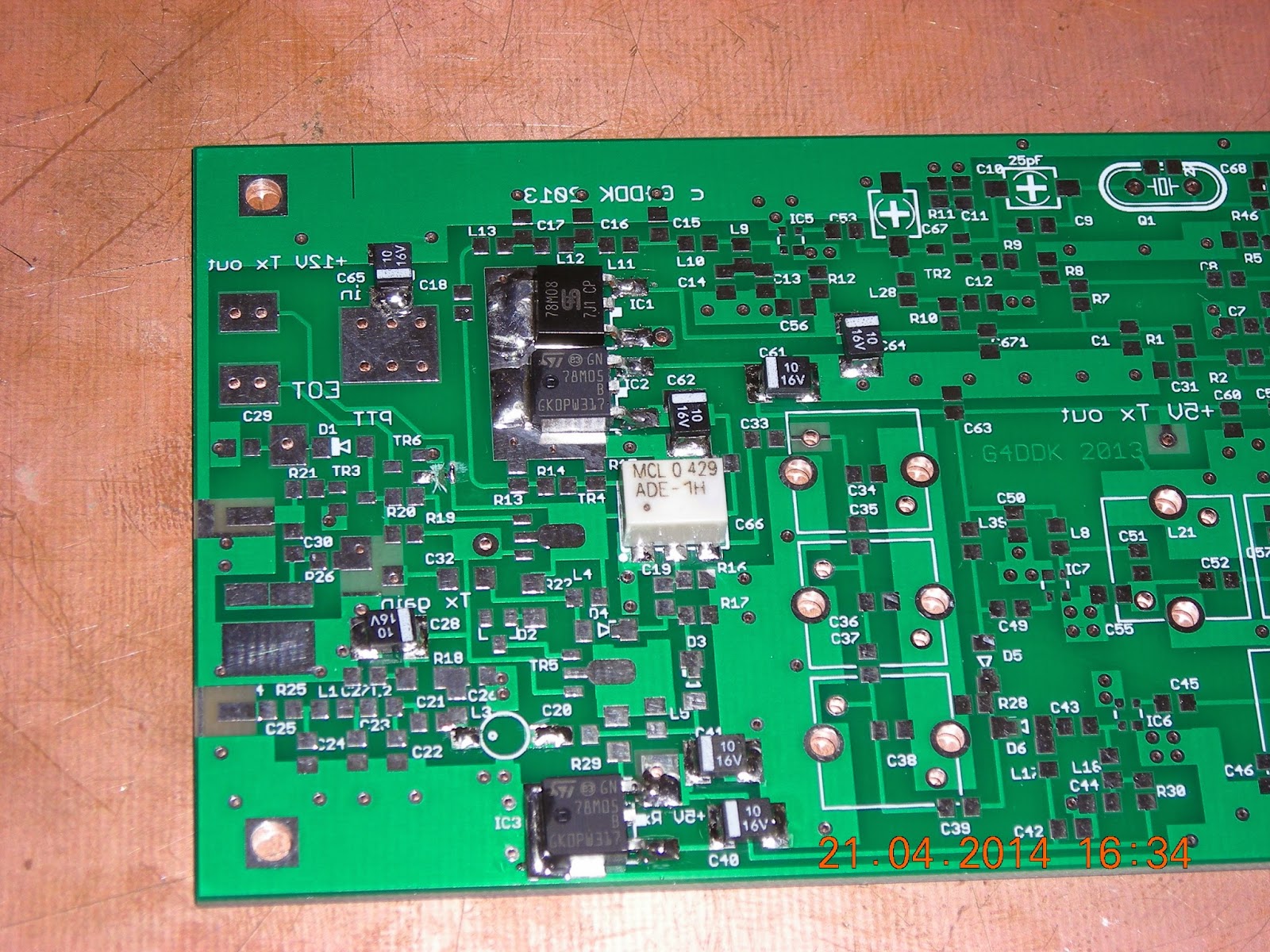 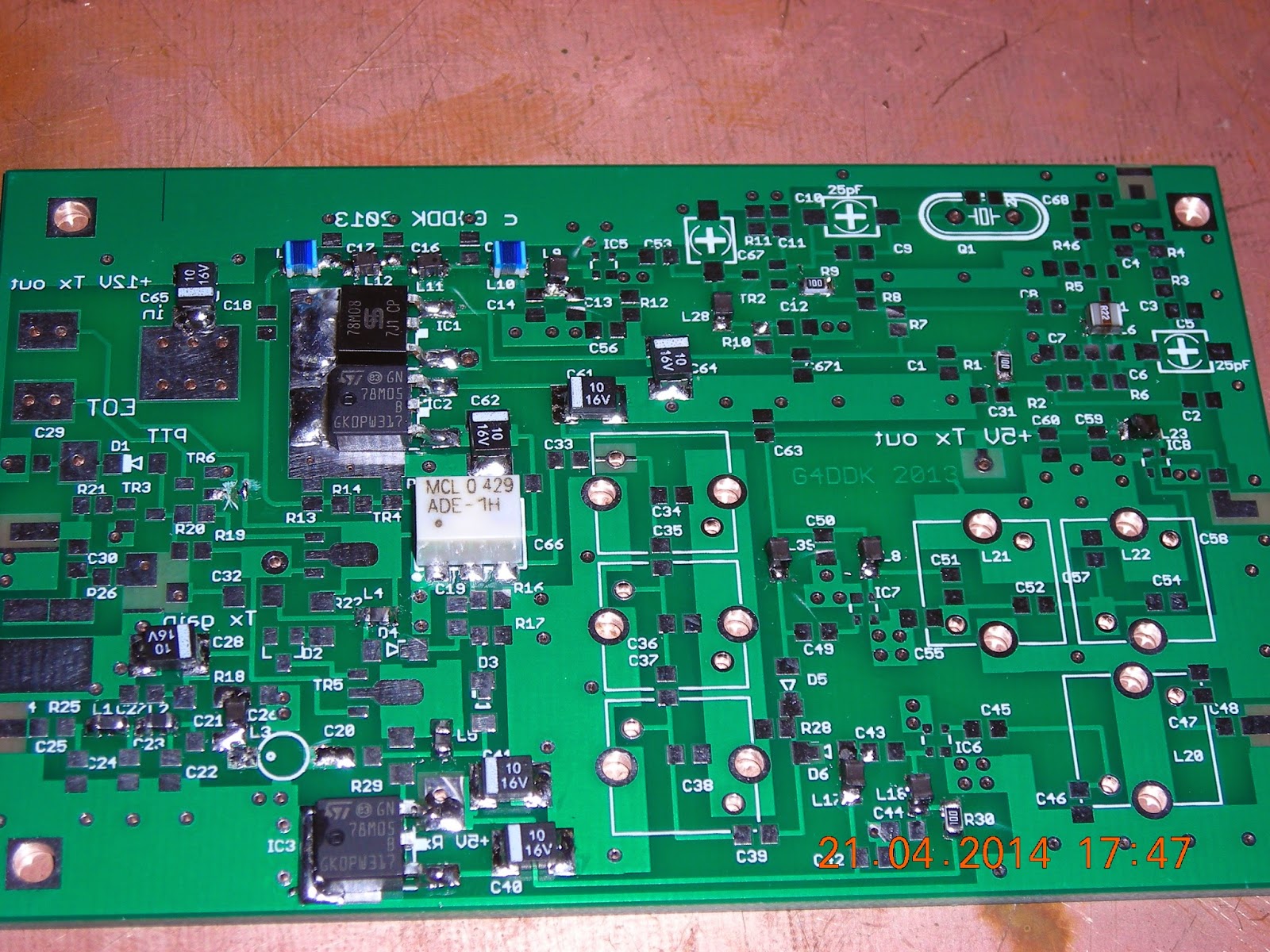 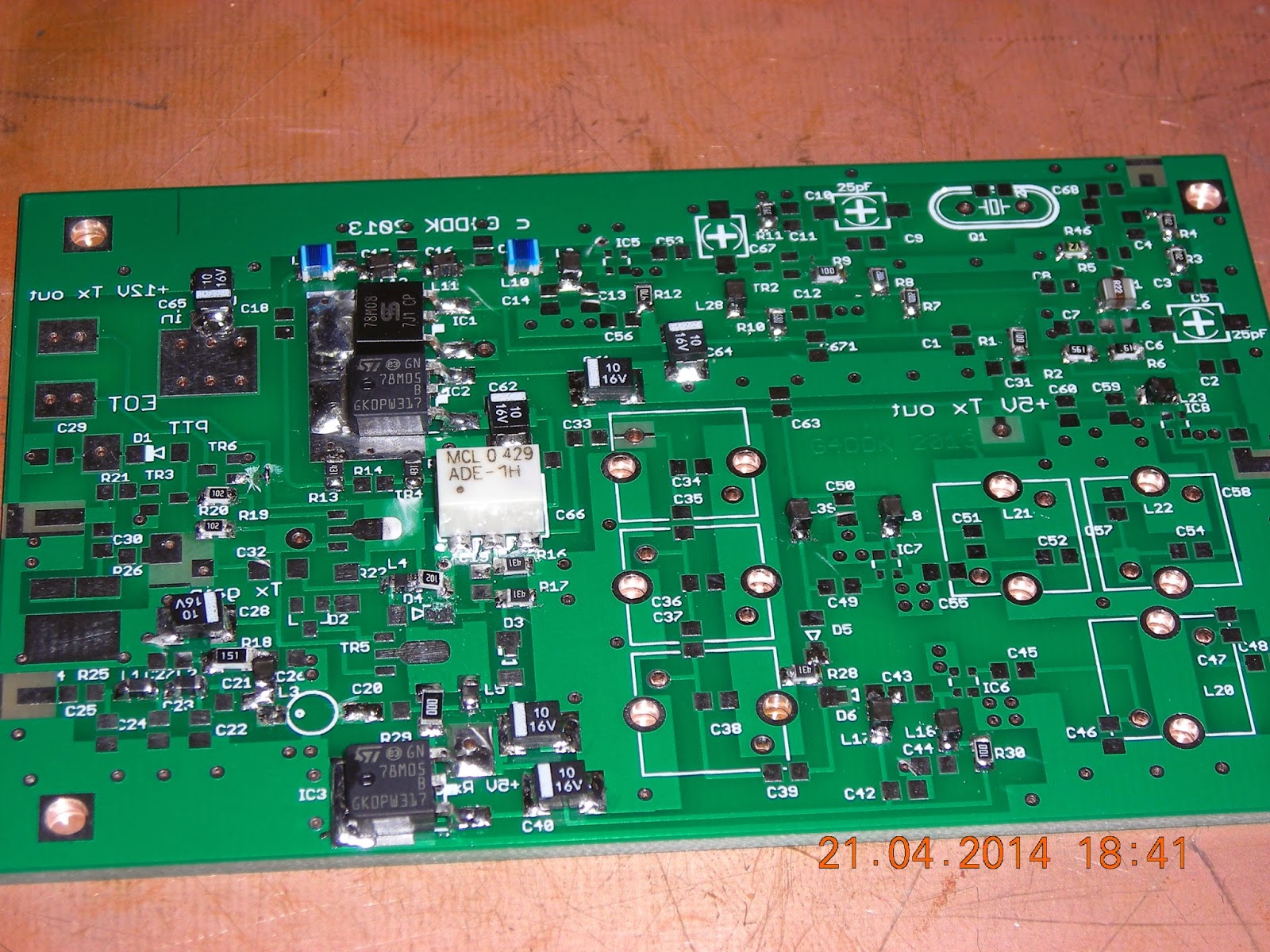 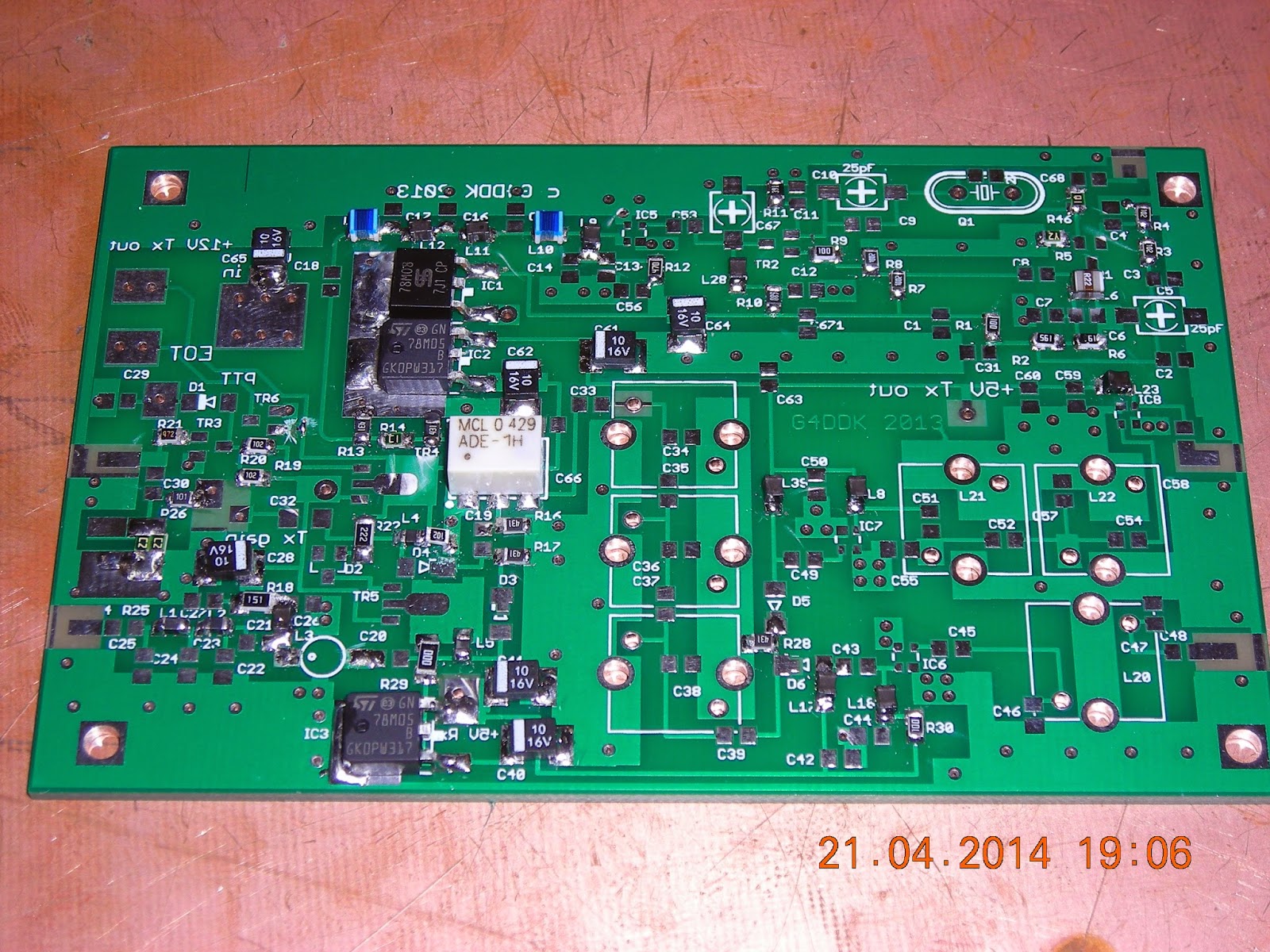 Hi all... had bit of fun on Saturday operating in the EAQRP contest... pretty much sat on 14,058.500 KHz sending cq and had regular EA contacts both 5W and  less than 5W.