Ian (G3ROO) said... take a look at what I brought for the show and tell at dinner the evening before the GQRP rally.... 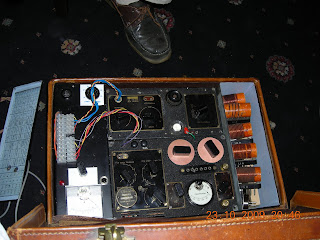 Johnny SM7UCZ did the same and handed me a paraset! 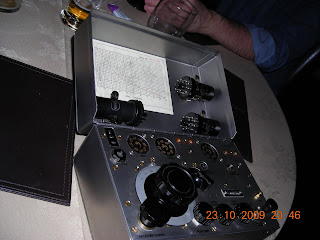 Photos of the psu Ian (G3ROO) had built so that his rebuild of a B2set would be operational for the GQRP rally. His original transformer is being rewound as some of it has gone open circuit. 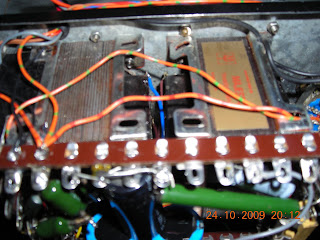 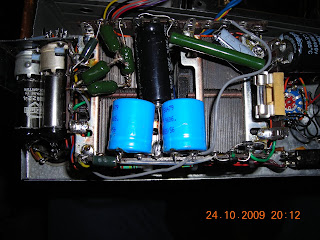 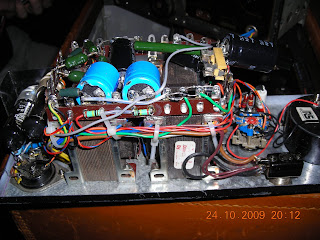 The underside of the TX side. Ian G3ROO, just as I am, has built his set to use so some accomodations will be made in this case Ian has used torroids to create the fixed values for the tuning circuit rather than 1/2" paxolin/tufnel coils as in the original. Likewise ALL the wire looms are using PVC coated modern wire. 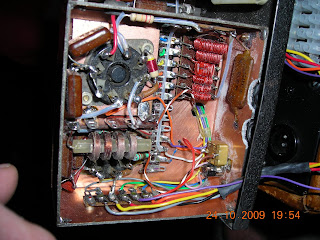 The chokes were some I had left over from a box I shared with paraset builders.
Note the chassis was made using some double sided PCB rather than the original steel but to the original dimensions. 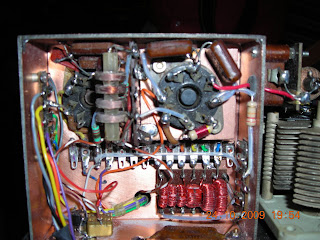 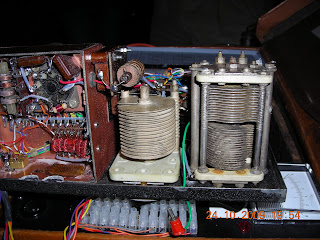 Some photos of the wiring loom, again accomodation using modern R and C's so that the end result is usable. 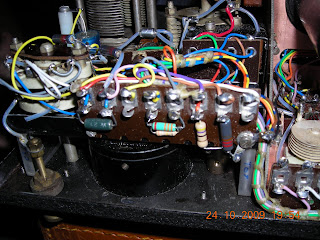 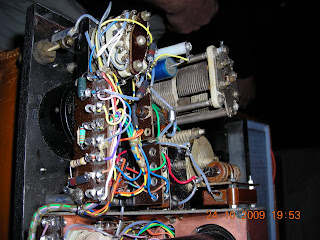 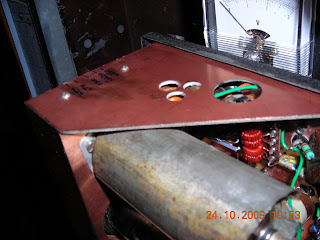 Top view of the TX side. 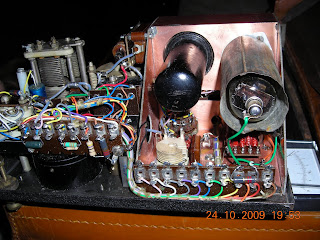 The underneath of the TX 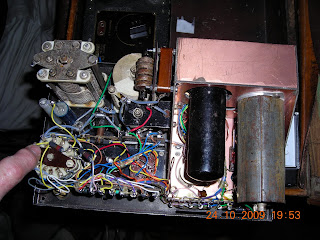 Ian tells me that the rotary switch is functional but not original.
Posted by M1KTA at 13:03