Operated since arrived and batteries need recharged as output below 3W now and voltage levels dangerously low on batteries. It is 18:20UTC local right now expect to be qrv about 05:00 UTC, sun rise 04:28 local (03:28 UTC)... will be active for couple hours then will relocate until leave island about 17:00 UTC.

cqcqcq for hours few calls and nice reports but almost no qso.


Almost a perfect location (if it were not for 100's of sand flies!). The SLA battery holder made for me by SM7UCZ (thing with the handle) has a 7AH SLA in it so it is heavy enough to hold the feeder so it is almost at 70 degrees... you cannot tell but the antenna is leant towards you and there is a wind that is away from you... the net result is a near vertical antenna ;-) 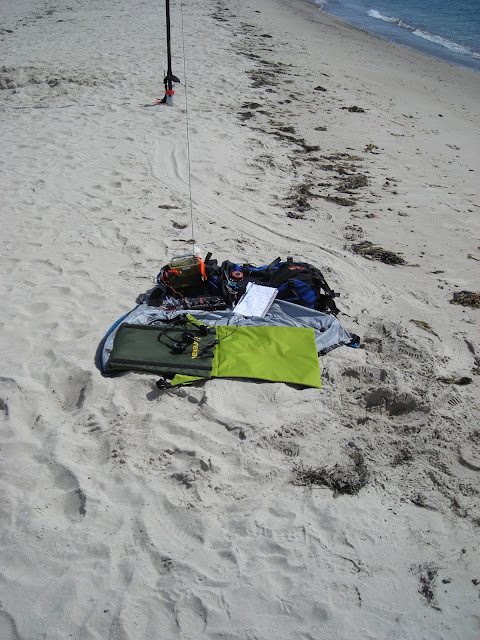 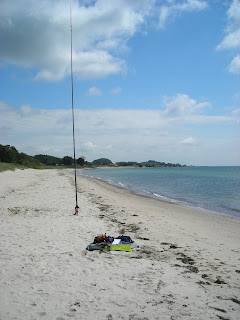