Small error lead to quite a problem...

A SMPS I take on trips I forgot is NOT auto voltage sensing on input and was still set to 110V after recent US trip... plugged it in and lets just say it died and let out the magic smoke, oops :-)

This is dealing with mains voltage so do not do this unless you know what you are doing as the voltages are lethal.

It took a bit of digging to find the circuit diagram (thought it was on the pdf that came with it), still haven't found it exactly but this is very similar except mine appears to run the fan full all the time instead of having a fan control board on the lower right here. 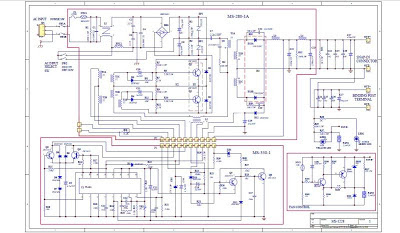 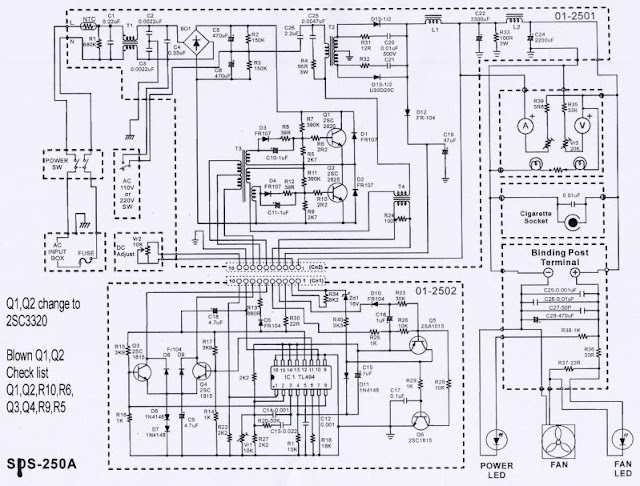 These power supplies are widely in use and all are called SPS250A in the name and are all made in China under various names... so if yours has SPS250A in the name and looks like mine then chances are it is the same but no responsibility if it is not, use information at own peril (and this is running at mains voltage which can kill so do not do this without a healthy respect for high voltages).

This is the same supply just a different brand name 'MyDEL' mine says Sharman. 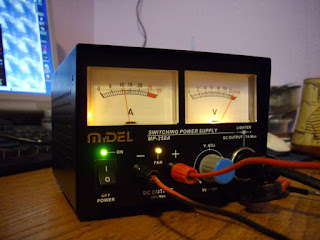 The two NPN power transistors 2SC2625 were removed still attached to their heatsink. 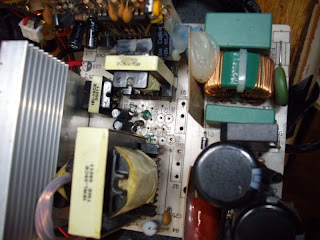 Note all the common mode filtering on the input side (top right corner).
Mine has had the right hand transistor crater and the other is short circuit between the pins.


I'll add the photo of mine shortly.

Anyway suffice to say power supply can be easily repaired.

2Sc2625 were available from a number of sources but ebay was the cheapest.

I hear that it might make sense to replace the 2Sc2625 10A versions with 2Sc3220 which are 15A versions but I could not source them when I looked but they are also on ebay often enough.
Posted by M1KTA at 14:49

See http://m1kta-qrp.blogspot.co.uk/2013/01/ps-sps250a-power-supply.html for the heatsink and the transistors.

Thanks to the anon for showing me that page.