Since http://m1kta-qrp.blogspot.com/2018/08/end-stops-to-cnc2418.html had a rethink after finding I had some nice (larger) micro switches so will build some locations and wire them in instead.

I see someone did this for their 1610 CNC and the parts are in thingiverse. 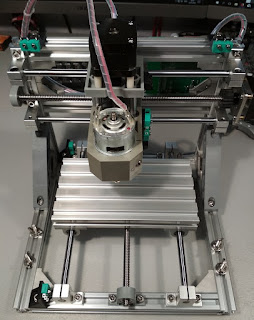 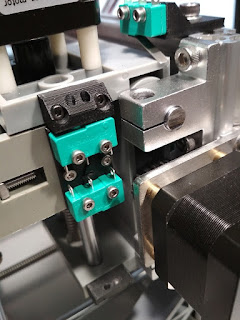 This is what I added: 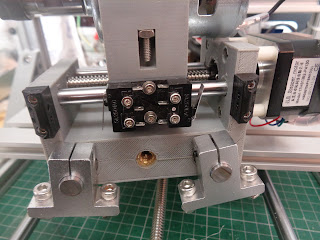 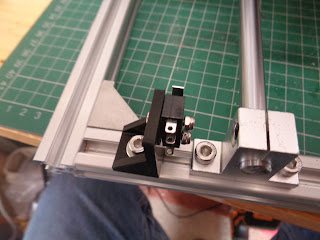 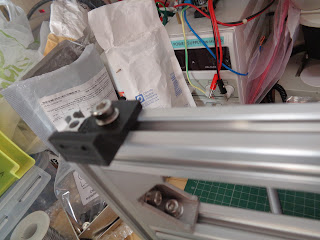 After having fun drilling 2mm holes and using M2.5 hex head screws I did the same for the X stops and mounted the switches. 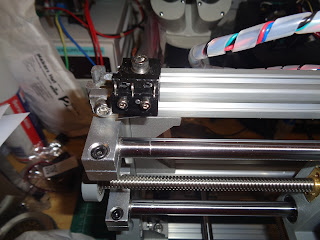 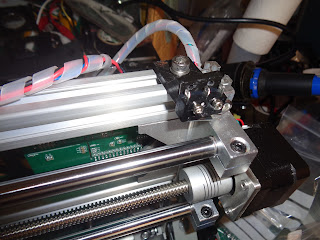 I set them up so the whole drill assemble when moved on the X axis towards an end stop will trigger it. 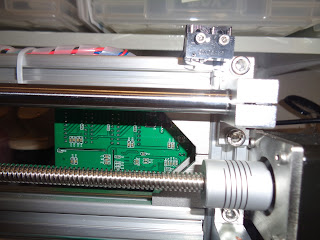 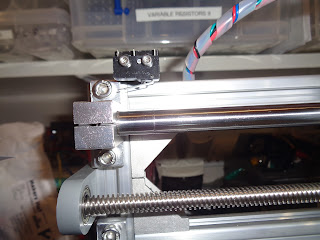 The Z switches I need slightly longer arms on the switches, or will have to add something to the bed to switch it. Procrastination time needed. Use slightly longer screws and lock nuts too. 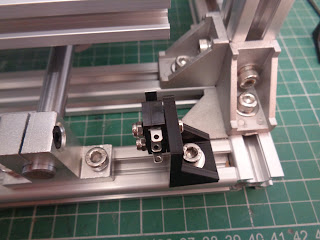 I also added some nice new 8x5 bearing couplers too. The one on the Z axis looks fine for now but might take it apart and replace. 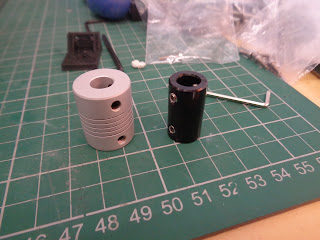 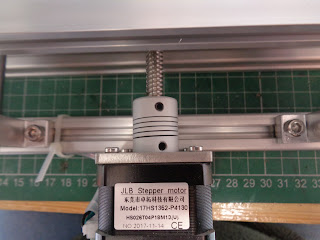