I've been asked to post more images of the underside of the HRO-5 set so here you go...

Some of the components  might 'look' like they were from 1943 but they hide a secret... A number of the Sprague capacitors were literally rebuilt (not by me) and house a modern value inside, the old capacitors were suspended (in an oven I think) until the wax seals melted and the contents fall out, then a new capacitor was inserted and the ends resealed with wax.

There are two visible modern resistors (one is 1/2W other 1/4watt) but the rest are originals that were not 'high'.

The wiring loom was 99% sure completely replaced with new 'look-a-like' cloth covered wire as the original had degraded. 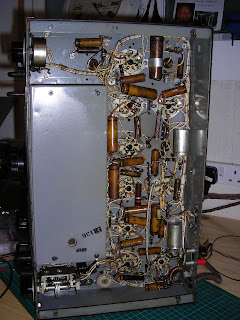 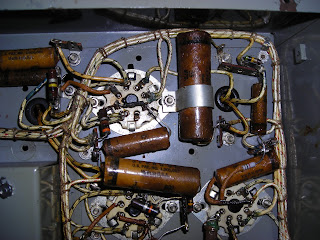 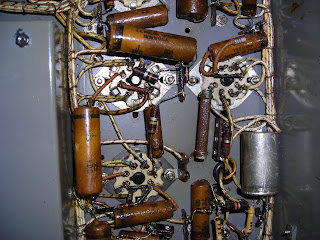 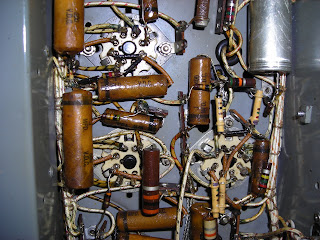 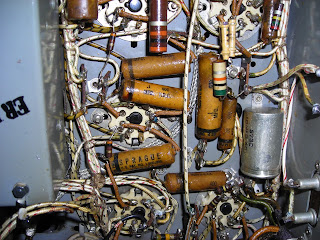 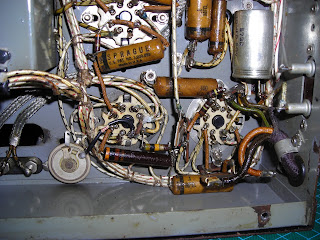 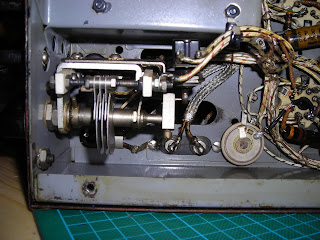 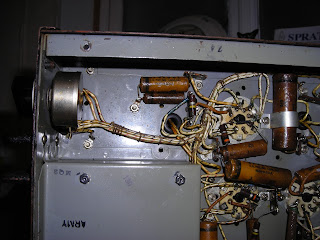