New shack base shuttering before concrete

It is only shuttering so doesn't have to look good, would have been better if I had long timbers but I didn't so do more with less and I cut up and used the pallets that I had there before and fronted them with hardboard (neat edge). All the wood will come out once the base is set.

I included as this is part of radio, if you want your own shack you often have to build a shack :-) 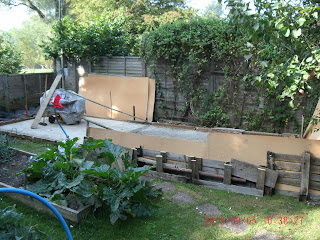 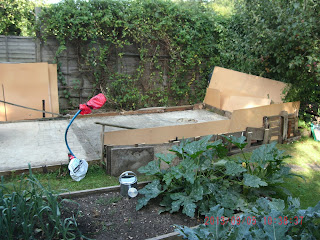 Probably not needed but wife had used 3-4 tonnes of large stone in a rockery and the wire panels were from that. They were bent into a circle and wired together an nailed onto one of the pallets used as a 'fence' now used for shuttering. The wire will act as additional reinforcement. I will not connect to ground connections. 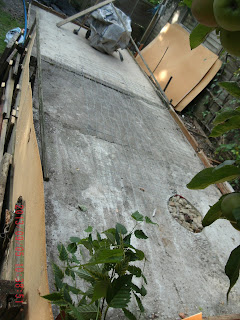 The small circle is the astronomy pier the pier goes down about 4 feet and the central metal pipe goes down 6 feet! 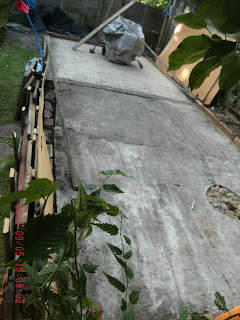 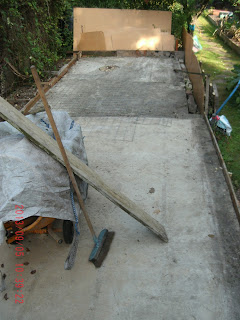 Will not need much concrete, about 2"/50mm at the far South end (closest to camera) and this deepens to about 3"/75mm near middle and then back to about 2"/50mm at far end, there is an extra side sectioning too. The blue pipe contains the cat5 (ethernet and telephone) the white is the end of the electric. The RF feed is behind the wooden panel (holding back the vegetation).

The mix will be 1:6 mix Portland cement: ballast and I'll use only as much water as needed to bind it together.