Closer to building the TNT (lots of details here http://members.shaw.ca/ve7sl/tnt.html) 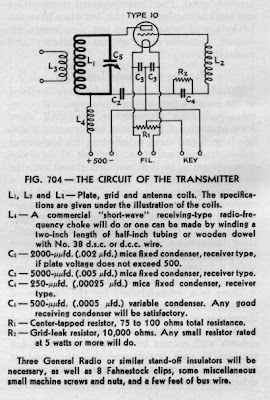 At CRG rally this morning found these... 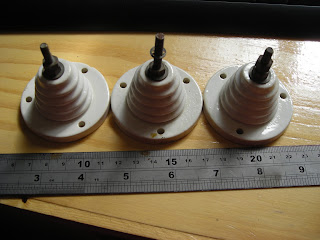 The bases are fine with no cracks and two of them include the top brass nut. The threads on the brass threaded bolt look like some old BA gauge so will need to rummage to find a spare. However, I can see I could replace them with a 'new' M5 brass bolt as they are slot bolts and that can be seem from underneath. I do not have any thumb nuts which appear to be used with the original to adjust/swap the coils so I wil have a think about that.

I had a chat and I managed to locate some fibre washers as they will have been use originally to secure these to the base.

Two reels of air conditioning coolant 1/4" OD copper pipe for the coils were delivered yesterday. The wall thickness is more than brake pipes which are also a Nickel Copper alloy. 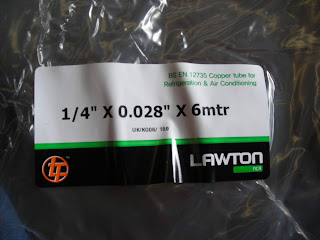 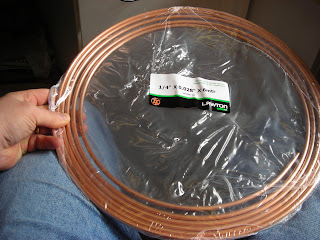 This means I will have plenty to make 80m, 40m and perhaps 20m coils. I do not think the original were ever operated on 30m but I might make up a 30m coil set.

I have variable caps that will suit, and I will use a broadcast 500pF type in series with the antenna output as I suspect will use typical 50ohm antennas at QTH initially


A bag of lozenge caps and a couple of vintage grid leak resistors make up the rest of the components along with some paxolin based 5 pin sockets (I will have '27 tubes) were a donation from another amateur. I have a backup porcelain UX-5 base as well. 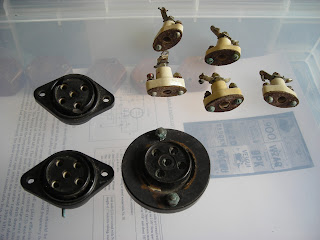 At the Borne Airfield market on Easter Monday I picked up a nice cheap wooden broom handle that is the right diameter for the grid coils that I will cut down. I'll use some of the same varnish on them that I used for the workshop worktop which is rock hard now. And I have some long bolts I will use to connect them into the circuit if I do not use these little stand offs.

Several have commented that the HT should be shunt fed which is what I will do.


The PSU transformer I might wind one specially for it but I have some 'glowbug' type transformers with an almost 1:1 mains 240V to HT so I could use a voltage doubling circuit and there are separate filament windings.