I just love arm chair DXers that never go to some of the places some of us mad ops do... but to explain a bit I hope. 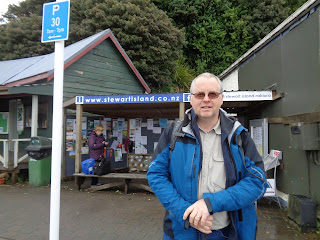 The day after just before coming home. WX was a bit nicer now.

The plan was to be qrv on 17th, it ended up being 18th... murphy delayed qrv by 24 hrs in the end WX (terrible condx) and I wrecked my right calf on the beach the previous day pushing the RV out of the sand so I couldn't walk more that 50 yrds initially so the delay was not a huge problem. Sea was so rough they cancelled all sailings that day and even the day I was leaving too... click on the image and look at the scribbled message bottom right! 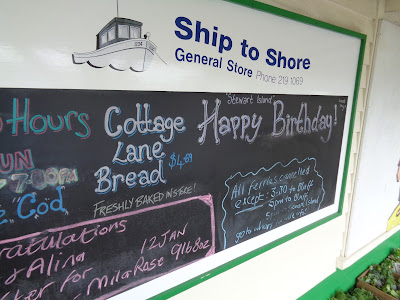 and only way on and off the island was a £££ flight and luggage was 7kg total! 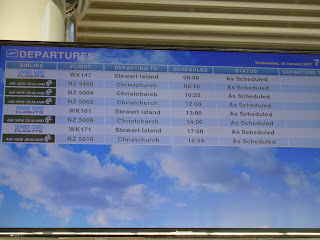 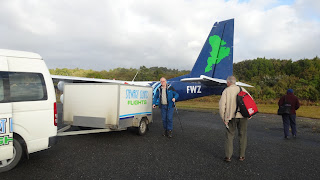 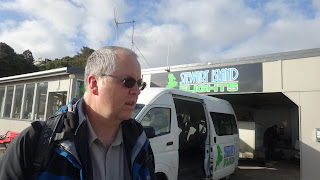 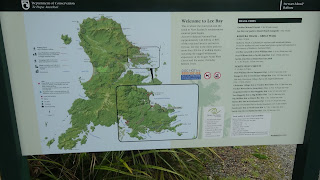 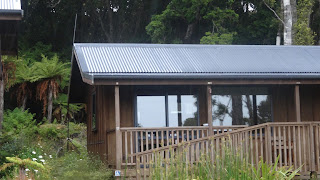 Cost per qso lets not go there shall we :-)

I was qrp or as good as anyway with bare KX3 (pa caused way too much interference) and only buddipole antenna meant working anything long distance would have been hard work but I put couple F in the log (polar path). 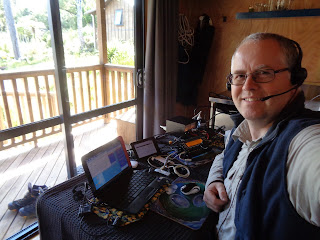 Bigger antennas would have been wrecked rapidly as the wx was constant above 80kmh and gusting 140kmh I had to go qrt as the worst hit at 1am local time until 5am as the wind was way too strong even if guyed ... it's not called the roaring 40's for nothing. I did take a dipole but the trees whipped it about so much that was shredded in seconds after going up.

This was the day after in a sheltered location.

I discussed condx in the days immediately after with locals and seems that day I fell into a propagation black hole, shame as would have been fun but I did manage into EU which qrp isn't bad going.

Was probably frustrating for those that wanted it but the island can be reached by flights very easily. I am sure I might have another go along with some other spots further from the mainland and a ZL9 call.