Xmas saw a fair bit of activity on the lower bands 80/60/40/30 for the GQRP Winter Sports. Didn't manage much on the higher bands although did try.

Interesting book came through from Santa...http://r1155.blogspot.co.uk/2009/08/r1155-restoration-book.html Restoring an R1155, it's by a VK and only covers the A or B sets, mine is a N so will have to see if it is of use. The Transformer and choke for the power supply had arrived from Danbury a while back so will build up that power supply shortly.

My K2 has finally had some options fitted to it...  (Images from Elecraft, I'll replace them with my own shortly) 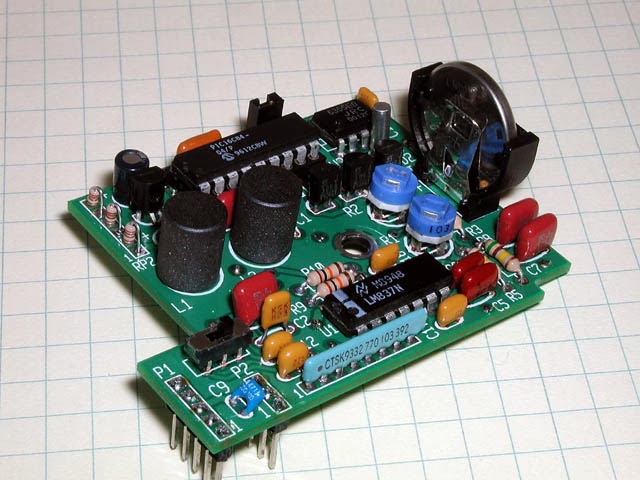 SSB module (no mic yet have to find a 8 pin mike plug... maybe the desk mic somewhere in storage has one on it?).

The WX station (Maplin B27NQ I think) that was bought for me a while back I finally have on the shack and it is abt 12 ft above ground in the clear. 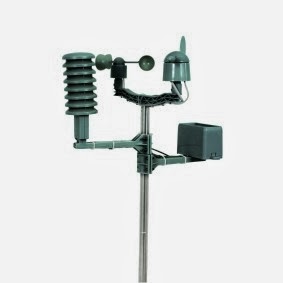 I fitted the pressure and rain gauges lower. The wind speeds and directions are actually measuring correctly now. Not sure about the rain gauge as the 'mast' rocks a bit and I noted some spurious readings.

I bought a Diall outdoor enclosure from B&Q for the antenna feeds into the shack. 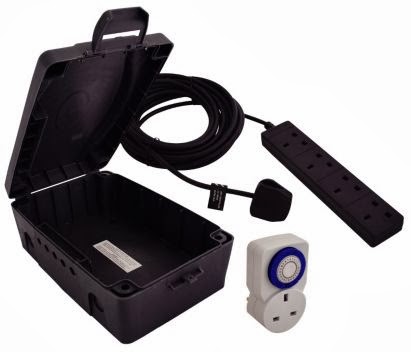 It is meant to be for electrics and came with a 4 way adapter and a timer but it will be perfect for the feeds going into the shack as it is weather proof. I'll be mounting this on the rear wall of the shack (out of sight usually) and all antenna feeds will go into it and then into the shack. Got to work out if I terminate feeds from shack to it and then connect antennas or bring the feeds right into the shack.
Posted by M1KTA at 10:38