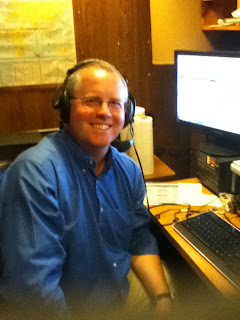 Just got back from a trip to Boston and I was QRV from the Harvard University W1AF shack.Was only on air for 40 mins or so and on 20m and 40m SSB and worked both DX and a couple qrp stations. 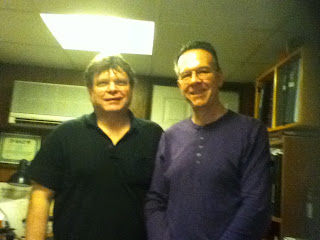 The two guys that made it posible were (On left) William E. Collins  W1PL the W1AF station Manager and Phil Temples, K9HI, who is the ARRL Section Manger for Eastern Massachusetts. 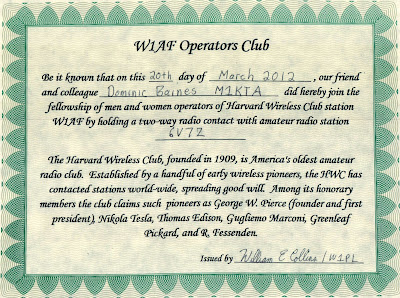 W1AF is the  oldest amateur radio club in USA established 1909.