Want to see what the WX is like here.

Got the GPS position right now, still about 20 feet out but cannot enter more decimal places to the software ;-)

The wind detector is still near the ground so the wind is all ovre the place but will be mounted at abt 20ft agl this w/e
Posted by M1KTA at 10:40 No comments:

I handed a beacon to one of the guys from 6W location last August and there will now be a QRSS beacon (c100mW)  up and running on 30m between 21:00 and 06:00 most days from 6W if anyone interested. Should be 3sec dot but has options for other modes too. Call is 6W7RV, locator IK14LL and it will be on about 10.140. I expect if it gets very hot during the day the frequency MAY shift.

I'd be interested to hear if anyone can pick it up.

OK it should be QRSS 3 sec sending DCFW with a small offset on the signal (see ethernet open beacon for details).

But it is setup to send CW at 12wpm so you might be lucky and hear it normally.

I need to talk them through changing it.

will be running today evening 21st November at 20:00 GMT if it stops raining there.
Posted by M1KTA at 18:08 No comments:

Beginning to populate the shack...

This will carry realtime (ish) data. I need to port this over to a raspberry pi at some point instead of the laptop it is using right now.

This little gizmo just turned up from G3CWI (Sota Beams).

Here are a couple photos of mine showing off one of my KX3 #1082 all the connectors are not Elecraft ones. 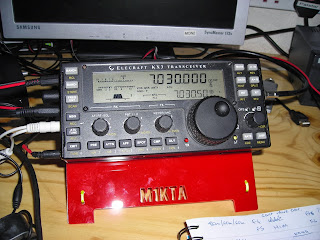 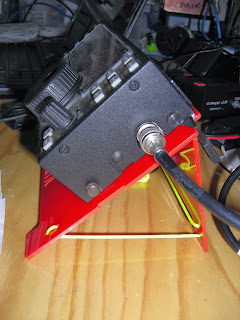 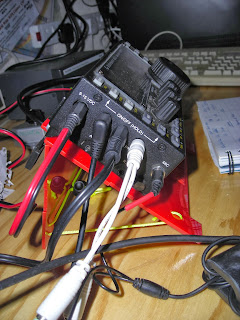 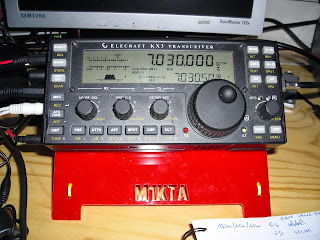 The stand was in a bag, without instructions but even though could of, as did later, looked at the photos on the SOTA Beams website it is pretty obvious to work out how it went together. Later I find I had left a couple of rubber sticky feet in the bag and a length of edge trim that would fit onto the base.

You need and should open the KX3 feet and that sort of slot over the stand.

The stand is neatly cut from a perspex type material and holds the KX3, raised but at the perfect angle for desktop use.  As I do not have one I'm not sure how that would be with the KXPD3 CW paddle thingy that would plug in just to the left of the callsign in the photos. But the stand is big enough for it.

When in the shack the is great and it holds the KX3 in the right position when operating and you can get all those cables out of the way simply. I'll have to think if I'll use when /P as I tend to toss anything out of the bag that is not 100% essential to keep weight down (it weighs next to nothing).
Posted by M1KTA at 14:39 No comments:

Just discovered from my phone... setting up the voice keyer on the KX3

Was a bit windy.

I have a couple of these things coming to me.

The descriptions are priceless for the translations "not welded, delivery is scattered electronic components but I seriously applaud those who do not have English as a first language trying to enter the homebrew market.

As I am sure many have discovered some Chinese productions are perfect copies or clones, some PCB are very good quality some are very poor. I really liked the HB-1A and later qrp tcvr's which were very close to others we already knew well. Tentec now have taken them on and there is a nice series of qrp tcvrs available.

The ATU seems to sit somewhere between a ZM2/ BLT and an ATU I have seen from a JA station.

The @rockMite' looks a log way from the original by Dave Benson of the same name.

The LM317 1A adjustable regulators i have in the workshop are from the same source and the build quality was fine. These will be component kits.

Anyway I'll be building and will blog them here.

Last bits for the inside now done.

Office side been done for a while now 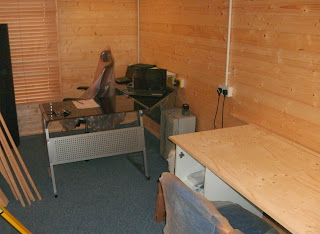 Operating bench.
(wooden trim to be fitted, and doors on units) 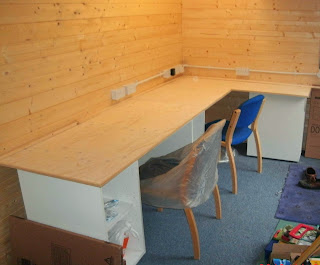 Vintage side:
(some extra sockets to go in to left of ones on wall) 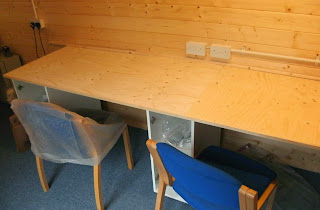 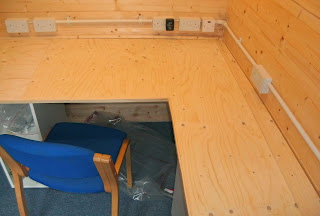 The operating bench will be painted with multiple layers of polyurethane varnish.

There may be an extra hole drilled in the corner and to the rear on the bench for cables and an earthing 22mm copper pipe will go along the wall to an RF earth outside the shack side.

The project SM7UCZ finished in Sweden and connected it up.

You can see the extra mod for the extra crystal so the board holds two. 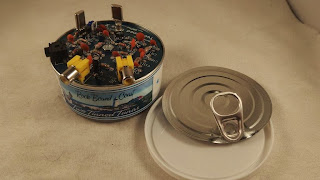 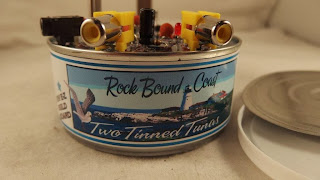 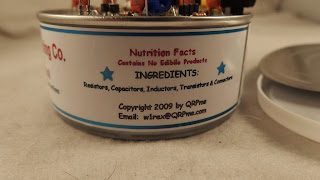 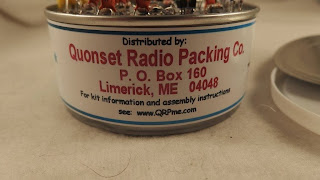 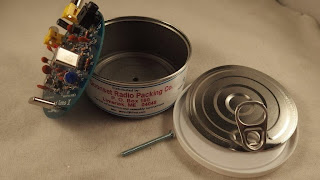 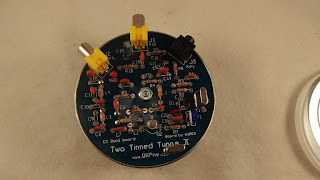 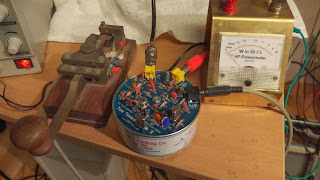 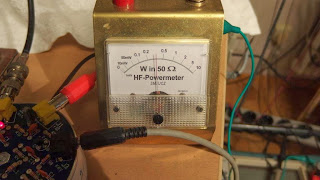 Desk in place networking is complete and running 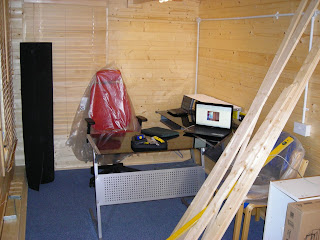 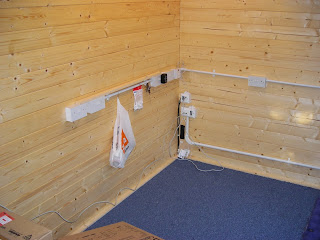 Started to build the operating bench. Using B&Q kitchen units as supports for the worktop. 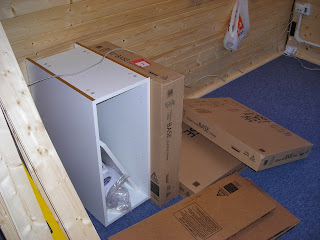 The alarm is in too. 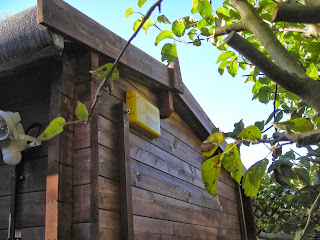